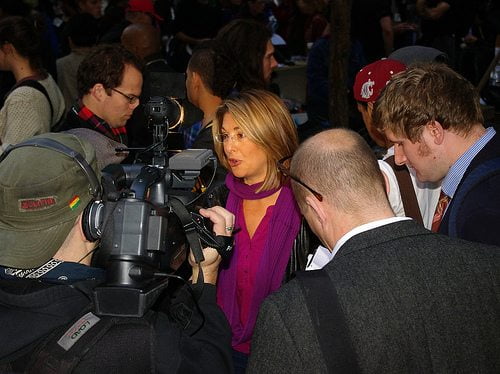 Canadian author Naomi Klein has accused big green groups of wrongly aligning with corporations and promoting insufficient measures that have led to poor results, in a way that she argues is more damaging than right-wing denialism.

In an interview with the Guardian, Klein, the author of No Logo and the Shock Doctrine, said her next book will be about climate change. Following the idea outlined in Shock Doctrine, where she suggested that neoliberal governments often use crises and shocks to promote unpopular free market policies, Klein will examine climate change as one of the possible ‘shocks’ and investigate the effects of extreme weather events on global populations.

She also criticised the attitude of the ‘big green groups’, which she said are perpetrating a form of denialism that is worse than that from right-wing parties.

“I think if we look at the track record of Kyoto, of the UN Clean Development Mechanism, the European Union’s emissions trading scheme – we now have close to a decade that we can measure these schemes against, and it’s disastrous”, Klein said.

“Not only are emissions up, but you have no end of scams to point to, which gives fodder to the right. The right took on cap-and-trade by saying it’s going to bankrupt us, it’s handouts to corporations, and, by the way, it’s not going to work. And they were right on all counts.”

When asked why environmental movements have become so accommodating with governments and corporations, Klein claimed that after the victories of the 60s and 70s, green groups had to face the post-cold war feeling that environmentalism was the next Communism.

“The movement at that stage could have responded in one of the two ways. It could have fought back and defended the values it stood for at that point, and tried to resist the steamroller that was neoliberalism in its early days. Or it could have adapted itself to this new reality, and changed itself to fit the rise of corporatist government. And it did the latter”, Klein said.