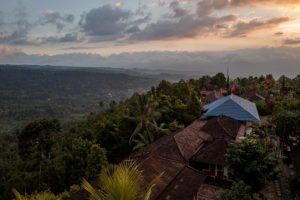 After five years of continuous and independently audited environmental and CSR performance, the Alila Manggis has become the second of Alila Hotel and Resorts Bali-based properties to obtain the aought after ‘EarthCheck Gold’

EarthCheck CEO and Founder Mr Stewart Moore said Gold Certification placed the resort within an exclusive segment of the tourism industry who can genuinely quantify their claims of sustainability and corporate social responsibility.

“Since it began measuring its environmental and CSR performance, Alila Manggis has saved more than US$220,000 in operational costs due to reduced energy and potable water consumption, along with a reduction in waste sent to landfill, proving what is good for the planet is also good for business,” he said.

Since partnering with EarthCheck, Alila Manggis has minimised its energy consumption by 25.4% and reduced potable water usage by 52.7%. More than 81,000 litres of waste has been saved from being sent to landfill.

Alila Manggis is playing a vital role in its local community

“Alila Manggis is delivering on its brand promise, meeting the expectations of guests, and playing a vital role in its local community as an employer, educator, bestower and beneficiary,” Mr Moore said.

Sustainability initiatives at Alila Manggis include:

· A reef restoration project run in partnership with a local diving operation which is generating new coral growth and fish life;
· Local community education and engagement including a playground built for village children which also comprises a waste collection and sorting station for local use;
· Monthly ‘clean-up’ days for the local beach and surrounds which are participated in by staff, guests and local villagers;
· The ‘Greenbank’ project which has trained and employs local villagers to recycle and produce needed food and items used by the resort such as candles, gifts and paper products;
· 100% glass bottle use, composting and reusable shipping boxes; and
· Support of Balinese cultural and religious ceremonies.

Alila Manggis’ environmentally sustainable practices and proactive community- and operations- based policies will be boosted by the newly announced Zero Waste policy which is being implemented at all five Alila branded resorts across Bali as of September 2016.

The Zero Waste policy puts the Alila Hotels and Resorts in an indisputable leadership position within Bali’s local tourism industry.

“The Zero Waste policy puts the Alila Hotels and Resorts in an indisputable leadership position within Bali’s local tourism industry, which is putting far greater demand on local environmental resources than can be met,” Mr Moore said.

Frederic Flageat-Simon, CEO Alila Hotels & Resorts said the group’s partnership to EarthCheck and the introduction of the Zero Waste policy enabled them to operate luxurious properties which integrate commerce, conservation and community.

“The EarthCheck Certified technology is unlike anything else used in the industry—each consecutive year of our Villa Manggis benchmarking and auditing journey revealed successes and areas for improvement—which we were then able to implement the following year,” he said.

“The results speak for themselves—we are proud to have Alila Manggis join our suite of EarthCheck Gold Certified properties— and believe our Zero Waste policy and continued benchmarking and certification will maintain our leadership position in the industry,” he said.

“Our underlying philosophy that when it comes to waste sent to landfill, less waste is not good enough. The only good is to have no waste at all,” said van Zyl, who has resided on the island in his role with Alila since 2011, and believes the iSuRRF technology could be adapted by ‘almost every’ hotel and resort on the island.

Find out more about EarthCheck Certified and Alila Manggis.