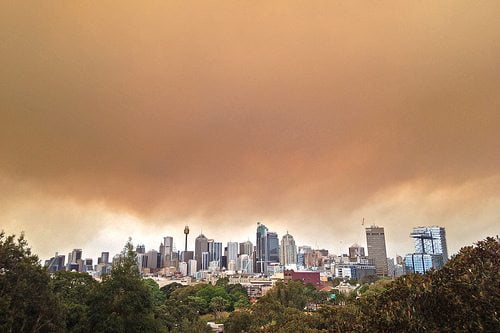 The Australian state of New South Wales declared a state of emergency on Sunday after bushfires destroyed hundreds of houses in the Blue Mountains, west of Sydney.

As the country is experiencing hot and dry weather, the quantity of bushfires across the state  is causing people to evacuate and fear that the blaze could reach Sydney.

In the Blue Mountains area, the blaze has already destroyed almost 200 homes. Elsewhere people have their bags packed and are ready to leave in case the fire comes further.

NSW Premier Barry O’Farrell declared the state of emergency on Sunday in order to increase the efforts done to control the fire.

“There is potential for a significant and widespread danger to life and property across the state”, he said. Currently ongoing fires are believed to be the worst since the 2009 Black Saturday bushfires in Victoria.

Bushfires are caused by an extremely dried environment and can be prompted by accidental lightening, agricultural clearings, cigarettes, arcing from power lines or machinery.

On Monday, Abbott was criticised by deputy Greens leader Adam Bandt who tweeted that the lack of government policies against climate change will bring more bushfires in the future.

Bandt was accused of “politicising a natural disaster”. However, scientists have linked global warming to the increase in bushfires, as winters get warmer and heat waves become more intense.

In an interview with the CNN, the head of the UN’s climate change negotiations, Christiana Figueres, said that despite there is no direct link between bushfires and climate change, the the science is clear.

She said, “The science is telling us that there are increasing heat waves in Asia, Europe, and Australia; that these will continue; that they will continue in their intensity and in their frequency”.