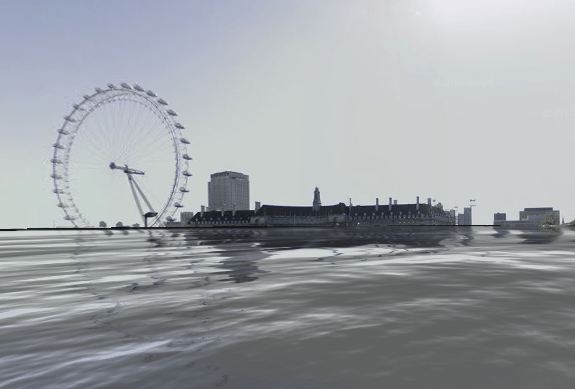 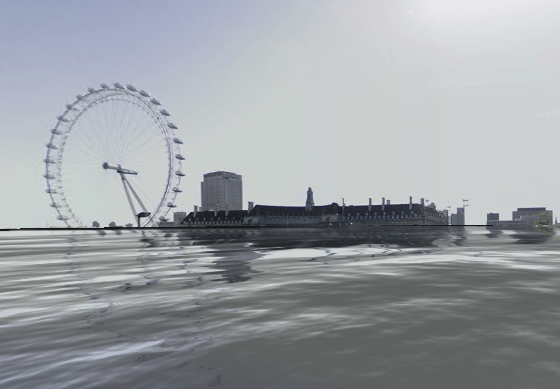 World Under Water is similar to Google Street View, where users can type in and view any address. The difference is it uses data to predict what an area might look like in years to come – after sea levels have risen.

The company behind the project, social enterprise Carbon Story, says the objective of the digital campaign is to bring the “shocking reality of climate change to life”.

Under the slogan “Raise your voice, not the sea level”, the World Under Water app is hoping to persuade people to support project that help mitigate the effects of climate change.

Andreas Birnik, co-founder of Carbon Story said, “We all know that greenhouse gases, carbon dioxide being one of the main offenders, contribute to global warming. In 2013, the atmospheric concentration of carbon dioxide passed 400ppm for the first time in human history.

“World famous climatologist Dr James Hansen noted that this will eventually lead to sea level rise of about 25 metres.”

He added, “There is strong consensus in the scientific community that we need to act now on a massive scale or we will be the generation responsible for creating a World Under Water”.

The project is a joint enterprise between Carbon Story, advertising agency BBDO and its subsidiary company Proximity Singapore.