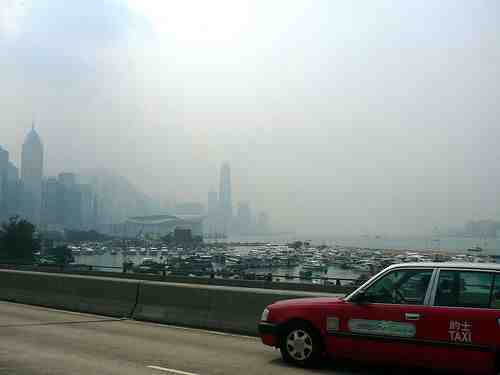 Nitrogen dioxide (NO2) emissions from older diesel vehicles and power pants have exceeded 300 micrograms per cubic metre in some areas of Hong Kong – a level much greater than what is considered safe.

Regular exposure to nitrogen oxide can result in lung and airways damage, especially in young and vulnerable people. According to the World Health Organisation, NO2 can increase the risk of respiratory diseases, such as bronchitis in children, if it exceeds 200 micrograms per cubic metre.

In addition, NO2 has also negative effects on the ecosystem, as it can cause acid rain and eutrophication in coastal waters.

Pollution derived from NO2 had been linked to old diesel-fuelled vehicles in Hong Kong, as 38% of them are more than 12 years old and the government is planning to set aside funds to replace them.

Hong Kong – which is being heavily affected by climate change and is at risk of coastal erosion – has tried to tackle environmental pollution in recent years by promoting green spaces, but much of the smog also comes from nearby China, where the issue is even more serious.

After an eight-year old girl got lung cancer in China and coal pollution from power plants was linked to a reduction of life expectancy, the country launched a carbon trading scheme in some cities, in an effort to boost cleaner practices among companies. The government also announced legislation on new coal-fired power plants and an increase in foreign investment for environmental projects.

In October, the World Health Organisation classified, for the first time, outdoor pollution as the most widespread environmental carcinogen for humans.