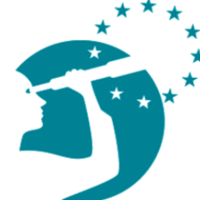 The study shows it’s been “business as usual” for Cañete, Šefčovič and their cabinets for the last six months. Out of the 163 meetings with lobbyists, 71% were with industry, 17% with NGOs, 8% with think tanks and research institutions and just 5% were with trade unions.

Pascoe Sabido, Researcher and Campaigner Corporate Europe Observatory, said: “It’s six months since the EU signed the Paris Agreement, yet our research shows Big Energy enjoying the same levels of privileged access to top climate commissioners as before. If the EU wants the world to believe it’s serious about tackling climate change, it needs to end its cosy relationship with the same industries responsible for causing it.”

The study also revealed that Spanish companies accounted for one third of the 69 meetings Cañete and his advisors held with oil and gas industry lobbyists since then, showing that the Commissioner is still very much in bed with his old associates.

You can read the study by clicking here.