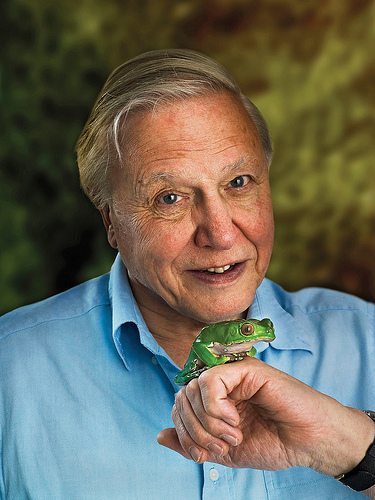 US President Barack Obama and British naturalist Sir David Attenborough discussed climate change and the future of the planet at a meeting at the White House.

The interview, which aired on the BBC, saw Obama criticise the pace of climate change negotiations and action. The President has made climate change one of his top priorities for his remaining time in office but has faced opposition. Footage shows the president stating he doesn’t “have much patience for anyone who denies this challenge is real”.

Obama told Attenborough, “We’re not moving as fast as we need to, and part of what I know from your programmes, and all the great work you’ve done, is that these ecosystems are all interconnected.

“If just one country is going the right thing, but other countries are not, then we’re not going to solve the problem. We’re going to have to have a global solution to this.”

Despite the slow pace Obama believes a solution can be found and it is possible for the world to address the issues. Attenborough argues that by finding ways of generation and storing power from clean energy sources we can “make the problem of oil and coal disappear”.

Attenborough highlights how ecosystems are interconnected when talking about the Great Barrier Reef, explaining that the biggest threat it faces are global problems, such as ocean acidification and rising temperatures.

Obama noted that measures in the US, such as the clean water act, have shown that nature can be resilient and recover from problems.

Attenborough added, “The resilience of the natural world gives you great hope. If given half a chance nature really takes it and really works with it. But we are throwing huge problems at it.”