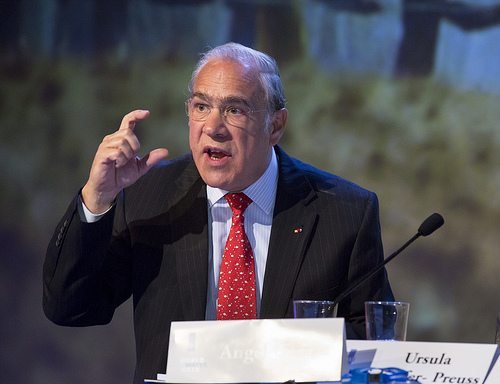 The head of the Organisation for Economic Co-operation and Development (OECD) has warned that there will be no bailout for climate change threats.

“Unlike the financial crisis, we do not have a ‘climate bailout option’ up our sleeves”, Gurria said.

The OECD has also released a report on cutting carbon emissions. The study says countries should make carbon pricing the cornerstone of climate policy.

Gurría explained that many governments, on behalf of their citizens, have major stakes in bringing fossil fuel to market, resulting in ‘carbon entanglement’. “The reliance of these governments on fossil fuel revenues is overwhelming”, he added.

Extending and improving the use of carbon taxes and emissions trading schemes is the first step, according to the report. The OECD identified potential policies that could result in investors, consumers and producers consistently making energy efficient choices.

Last week, chancellor George Osborne said that Britain should not be “in front of the world” when it comes to tackling climate change. However, Gurría disagrees and stated that investment is needed and the UK should continue to work towards zero-carbon target in the second half of the century.

The OECD chief concluded, “’History is a race between education and catastrophe’. These words by HG Wells can be a guiding light to address the difficult choices that are knocking on our door. We are on a collision course with nature, and we need to take bold decisions to change that path.”