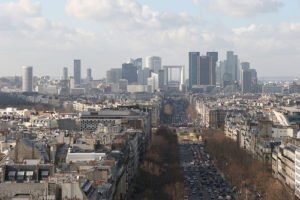 Friends of the Earth have stated that the announcement by Prime Minister, Theresa May, that the UK will ratify the Paris climate deal by Christmas is an important step.

However, Friends of the Earth say it won’t be worth the paper it’s written on unless the government stops investing in fossil fuels, puts a plan in place to meet the target of 1.5°C of warming, and supports those already effected by climate change.

In the week that US President Obama addressed the UN to discuss the plight of refugees across the globe, Friends of the Earth is calling on Theresa May, and world leaders, to look at the increasing link between climate change and human migration. Friends of the Earth wants to see the term ‘climate refugee’ codified and put it into law. This would provide legal protection for those forced to leave their homes for safety and survival because of the effects of climate change.

“Ratifying the Paris climate deal is an important step from the Prime Minister but it won’t be worth the paper it’s written on if the government continues to invest in dirty fossil fuels.

“We need a clear plan from the UK government as to how they are going to meet the target of 1.5°C of global warming – and that can’t include going ‘all out’ for shale gas, or building new coal mines.

“Theresa May and other world leaders must also do much more to support those already effected by climate change. The greatest injustice of climate change, is that those who are the least responsible for causing the climate crisis, are the first to suffer. Those forced to flee their homes due to extreme weather must be afforded proper protection – not just written off as economic migrants.”

Friends of the Earth is critical of governments, including the UK, who are pulling up the drawbridge and refusing to give assistance to millions of people dealing with the impacts of environmental and climate pollution, preferring to label people economic migrants with no legal protection. This is why Friends of the Earth is calling on the UN General Assembly to begin discussions on climate change and its increasing role as a driver of migration and displacement of people, and produce concrete outcomes that will save lives.