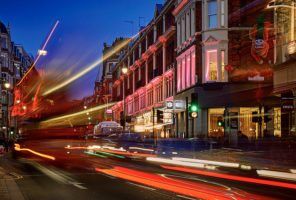 Plans From London Mayor For Improving Air Quality In The Capital

Plans from the Mayor of London for an Ultra-Low Emission Zone and a crack down on the highest polluting vehicles in order to improve air quality in the capital have been backed in record numbers by London residents.

Sadiq Khan has today published consultation results obtaining the views of a record 15,000 Londoners – the highest number of responses to a City Hall consultation ever. Londoners gave him their overwhelming support on a bold and comprehensive package of measures to tackle air quality in London.

The Mayor is leading the way in taking urgent action to help end London’s ‘public health emergency’ after revealing that the equivalent of almost 9,500 Londoners die from long-term exposure to air pollution every year and 443 schools in the capital are in areas exceeding safe air quality levels.

The consultation, which ran from 5 July to 29 July, revealed that 79 per cent of Londoners consulted supported Sadiq’s proposal to bring the Ultra Low Emission Zone forward to 2019 and that 71 per cent believe it should be expanded to the North and South Circular.

Consultation results indicate widespread support for the Mayor’s call to Government for a diesel scrappage scheme to help Londoners switch away from the most polluting cars.

There is even stronger support for implementing an early £10 Emissions Surcharge (dubbed the ‘T-charge’) on the most polluting vehicles entering central London from 2017. The consultation found 81 per cent supported the charge, which would apply to all vehicles with pre-Euro 4 emissions standards – typically those registered before 2005 – and will cost an extra £10 per day on top of the existing Congestion Charge.

Other results of the consultation show that:

Since the consultation, the Mayor has already implemented a new programme of air quality advice and alerts following strong demand from Londoners. On the day before high and very high air pollution days, alerts will now be displayed on road signs, at bus stops and station entrances.

“A record number of Londoners responded to our consultation, which demonstrates they feel just as strongly as I do that cleaning up the capital’s killer air has to be a major priority.

“The equivalent of 9,500 Londoners die each year as a result of the air they breathe in our city, I refuse to sit back and do nothing. Both the previous Mayor and the Government failed to get their act together to meet legal pollution limits and that’s why I have put forward some bold, hard-hitting measures to tackle this issue head on. I will consider the consultation findings in more detail before deciding on the next steps.

“Londoners were clear they supported my proposals, with a clear majority in favour of not only introducing the ULEZ earlier in 2019, but extending it beyond central London. They are also strongly in favour of the T charge-charge and most importantly, Londoners were clear that Government needs to do its bit to help meet the new ULEZ standards and that it should fund a scrappage scheme. Government now needs to listen to Londoners and work with me to deliver a national diesel scrappage scheme.”

The Mayor has instructed TfL to take the lead by stepping up its bus retrofit programme and introducing the first of a series of ‘Low Emission Bus Zones’ – prioritising the greenest buses on the worst polluted routes. The Mayor has also said he only wants TfL to procure hybrid or zero-emission double-decker buses from 2018. On the 9 September two new all-electric bus routes were launched using 51 all-electric single deck buses. This takes the number of electric buses in use in London to 73, making it the largest electric bus fleet in Europe.

Commenting on the record number of respondents to the Mayor of London’s air pollution consultation, Simon Alcock, campaigner for ClientEarth, said:

We urge the Mayor to seize this opportunity to put London on the path towards a cleaner, healthier and more sustainable future

“It is hugely significant that a record number of Londoners have responded to the Mayor’s consultation because it highlights just how engaged the city is in the pollution crisis. It shows that there is real strength of feeling for ambitious action to clean up London’s toxic and illegal air.”

“We urge the Mayor to seize this opportunity to put London on the path towards a cleaner, healthier and more sustainable future. He now needs to go further and faster to meet his legal and moral obligations to protect the people of London from harmful air pollution.”

“We look forward to the next round of consultation, where we hope to see the full details of a significantly more ambitious Ultra Low Emission Zone proposal.”