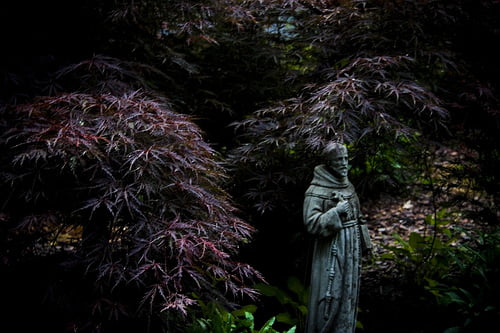 The world’s 1.2 billion Catholics have a new leader, after Argentinian Cardinal Jorge Bergoglio was elected Pope Francis I in an historic ceremony at the Vatican last night. The new pope must take a strong position on climate change and environmental degradation – but as luck would have it, he has a saint on his side.

Bergoglio’s decision to be known as Pope Francis is not only significant because he is the first pope in history to opt for the name; it also makes clear links to St Francis of Assisi – the patron saint of, among other things, the environment, ecology and animals.

His namesake, St Francis (1181-1226), established the Franciscan Order of monks (or the greyfriars in England) and was canonised by Pope Gregory IX in 1228. In artwork, he is almost always depicted as being at one with nature, and gave many teachings on why humans must serve to protect the natural environment upon which our survival depends.

Shortly after Pope John Paul II made Francis patron saint of ecology, he said of St Francis’ care for creation that this was a reminder “not to behave like dissident predators where nature is concerned, but to assume responsibility for it, taking all care so that everything stays healthy and integrated, so as to offer a welcoming and friendly environment even to those who succeed us.”

Move over, Brundtland. It seems that St Francis stumbled onto the essence of sustainability in the 13th century.

We can only hope that this was behind Pope Francis’ name-choosing decision.

The pope’s in-tray is already overflowing with tragic child abuse scandals, the lengthy report into Vatileaks and a dysfunctional curia, or Vatican bureaucracy. This conservative clergyman, with a history of fighting for social justice, will need all his considerable talents to make the Catholic church fit for purpose for today. Greater transparency, more humility and a commitment to the environment and fairer society would be a start.

Had St Francis lived in the 21st century, it’s almost certain that he would have made our imperilled environment and unequal society a central theme of his mission. What we and the church invest in shapes our world. It should not resemble the behaviour of dissident predators.

We wish the new pope well and fervently hope that he fulfils the promise of his chosen name.