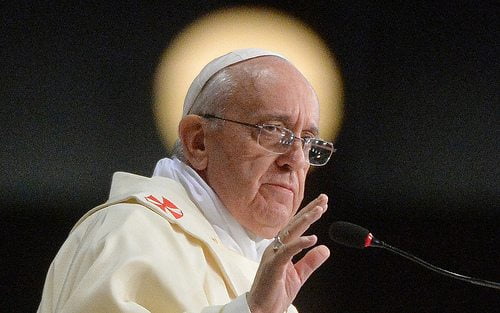 The Pope has warned that there will be “serious consequences” for all unless the world does more to tackle climate change, in a leaked copy of an eagerly anticipated encyclical.

The draft, which has been published by L’Espresso magazine, states, “If the current trend continues, this century could witness climate change [that leads to] unprecedented destruction of ecosystems, with serious consequences for us all.”

The letter points to rising sea levels as an example, noting that a quarter of the world’s population, and many megacities, are located in coastal areas. The Pope continues that climate change is a problem with “serious implications” for the environment, society, economies and policies.

In order to tackle climate change the Pope calls on people to change their lifestyle, including methods of consumption and production. Despite being a papal letter to bishops, the Pope makes it clear that this is an issue for everyone, commenting, “I speak to everyone who lives on this planet. In this encyclical, I especially propose to enter into a discussion with everyone regarding our common home”

Christiana Figueres, executive secretary of the UN Framework Convention on Climate Change, recently commented that the encyclical could have a “major impact” on driving climate action forward.

350.org, an organisation that encourages fossil fuel divestment and has helped the movement grow, notes that over the past months dozens of religious institutions have divested from coal, oil and gas or endorsed the effort. The Pope’s encyclical is expected to add momentum and “moral weight” to the movement.

Reverend Fletcher Harper, executive director of GreenFatih, an interfaith environmental group, said, “The Pope’s encyclical will be a powerful game changer. It will make clear that the fossil fuel industry is a devastation. It will be clear that climate change is a crime against life.

“It will be eloquent about the fact that if our leaders have a shred of humanity in them, they need to reach a strong deal in Paris. And it will affirm that profiting from an industry that’s destroying the planet is flat out wrong.”