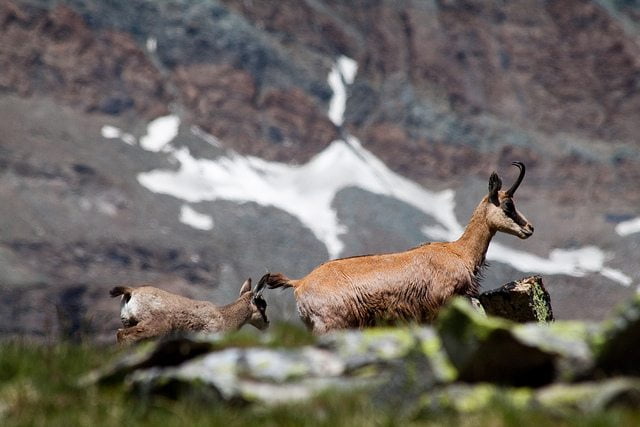 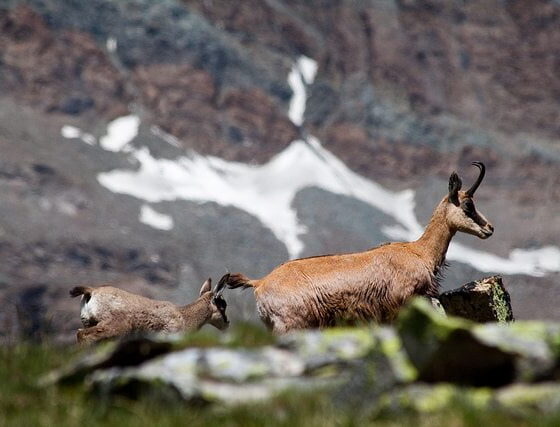 Some threatened species could be better protected from the impacts of climate change if more is done to prevent competition with rival species in the same habitats, a new study has found.

In a new paper published in the journal Global Change Biology, researchers from Durham University studied the impacts of climate change on a species of mountain goat, the alpine chamois.

They found that the hardy goats, which dwell in the Italian Alps, moved to cooler higher altitudes when temperatures rose. However, when flocks of domestic sheep were found nearby, the goats climbed much higher – by around 100 metres.

“As the global climate warms, many animals are moving to higher latitudes and altitudes, where it is cooler”, explained study co-author Stephen Willis.

“Many mammals in mountain environments also respond to daily changes in temperature by moving to different altitudes, following their preferred temperature range and moving to higher altitudes to avoid the midday heat.

“The presence of flocks of sheep — which compete with chamois for food — disturbed the normal behavioural patterns of chamois, forcing them to much higher elevations than they would normally use.”

Speaking more generally, the researchers expressed concern that such competition could push other threatened species to the edges of their environment, adding to the pressures already caused by rising temperatures.

This could be avoided if more is done to restrict the movement of competitors. In the case of the alpine chamois, the authors suggest that domestic sheep be restricted from higher altitudes in some areas.

“Our finding offers an intriguing new possibility to help some threatened species cope with climate change by potentially restricting the expansion of competitors in some situations”, lead author Tom Mason added.