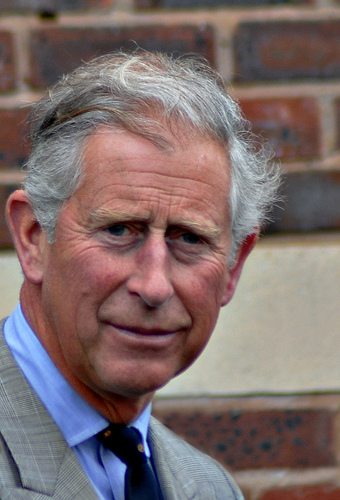 Prince Charles has likened the planet to a “sick patient” and warned that we may have to issue a “death certificate” if the world does not act on climate change soon, during a speech that noted a healthier environment means healthier people.

The Prince was speaking to health experts at the Royal Society in London when he made the comments. The meeting was about the role that the health community can play in the run up to the UN climate change meeting in Paris later this year, where it is hoped an ambitious, universal treaty will be agreed on.

The Prince of Wales said, “Recognising life-threatening illness is not the same as taking life-saving action and, to use the medical model of climate change, if the planet were a patient, we would have intervened long ago. Not waited until we had tested the disease to the patient’s destruction.”

He called on the health community, as a trusted voice, to support climate change mitigation efforts, stating, “Failure to write the prescription might leave us contemplating the death certificate instead. So, my fervent hope is that you can find the means to make the difference that our world desperately needs.”

The Prince also noted that acting on climate change and environmental degradation would create a healthier environment for humans, reducing pressure on health systems.

“A healthy planet and healthy people are two sides of the same coin.”

Several studies have linked climate change to negative health impacts. For examples, researchers have found the warming temperatures are causing the appearance of infectious diseases in new places and new hosts.

The World Health Organisation (WHO) warned last year that the world must curb and adapt to climate change or face serious health challenges. Data suggests that tens of thousands of people already die each year from the effects of climate change, with emerging and developing economies most at risk.

The Prince has regularly spoken out about environmental issues, recently calling for this year’s climate agreement to be seen as a “new Magna Carta for the Earth”.