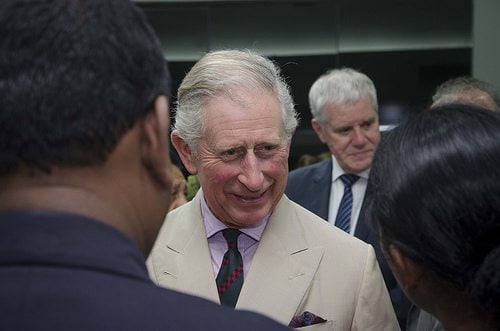 Prince Charles has called on the international community to act on climate change before we reach an irreversible situation. He said the climate change agreement, which is set to be decided in Paris later this year, should “be seen as a new Magna Carta for the Earth, and humanity’s relationship with it”.

The Magna Carta, which limited the power of the monarch and established human rights for people in England, celebrates its 800th anniversary this year. The Prince of Wales suggested that the new climate change agreement should consider the Earth and offer a sustainable solution for managing climate change whilst speaking at a meeting of forestry and climate experts in London.

He said, “It is clear to me that this year provides an absolutely crucial opportunity – if not the last chance before we end up in an irreversible situation – for the international community to establish a new set of interlocking, coherent and ambitious frameworks governing human development, poverty, disaster risk reduction, the natural environment and climate change.

“We could, and should, see an agenda set for the coming decades that is capable of transforming the prospects for humanity by improving and nurturing the state of the planet upon which we depend.”

The climate deal in Paris aims to ensure that the world is on track to limit rising temperatures to a 2C increase, beyond this point scientists have warned that the effects of climate change will become more volatile, unpredictable and potentially irreverisble.

UK energy secretary Ed Davey has promised bold action, with the UK being at the forefront of helping to shape and deliver this agreement. However, he has also voiced concerns over the likelihood of a strong and ambitious agreement.