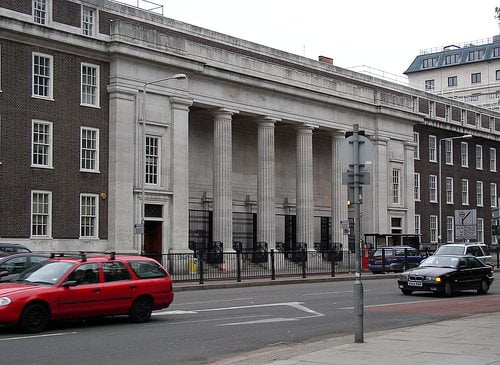 Quakers in Britain have announced their support for a Christian charity that is calling for churches and the religious community to divest from fossil fuels.

Operation Noah is a faith-motivated movement that is working to encourage the complete decarbonisation of the British economy by 2030.

To promote this mission, the charity recently launched the Bright Now campaign, which urges religious institutions to divest their polluting energy assets and become leaders in sustainable investment in clean energy technologies.

In a meeting on Saturday, the Quakers’ Meeting for Sufferings – their representative decision-making body – heard that Britain Yearly Meeting, as the body of Quakers is formally known, currently has around £21m invested in the stock market. Almost 3% of this figure is invested in energy firm BG Group, while 1.2% is invested in Statoil.

In a statement, the Religious Society of Friends – the Quakers – said that its representatives have concluded, “Investing in companies who are engaged in fossil fuel extraction is incompatible with Quakers’ commitment to become a low-carbon community.”

Trustees, who oversee this investment, will meet to make the final decision on whether to divest from fossil fuel companies on October 18.

Operation Noah chair Isabel Carter said, “This news is a huge encouragement to us, coming so soon after our launch of the Bright Now campaign.

“We wish to congratulate the Quakers on taking leadership on this vital issue. We urge other churches in the UK to think seriously about following this example.”

Operation Noah led a survey that found that 63% of Anglicans believed that the church should urgently address the threat of manmade climate change. However, only one in four thought it should divest from fossil fuels, because they don’t see climate change as a key issue in investment.

In July, the Church of England reviewed its investment policy on fossil fuels, saying these were not yet excluded from investment decisions but were “up for review”.

In the same month, 200 Christian scientists wrote a letter to the US congress urging them to pass climate change fighting legislation on religious grounds.

It read, “All of God’s creation – humans and our environment – is groaning under the weight of our uncontrolled use of fossil fuels, bringing on a warming planet, melting ice, and rising seas.

“As Christian scientists and educators, we offer our knowledge, experience, and prayerful witness to assist you and all of our nation’s leaders who are willing to address this urgent challenge.”