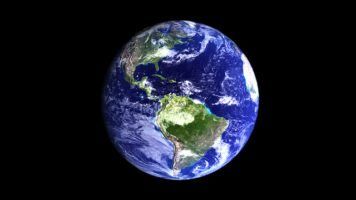 Today the formal ratification of the UNFCCC Paris Agreement by the European Union has been welcomed by the European Investment Bank, the world’s largest international public bank and largest lender for climate related investment.

“Ratification of the Paris agreement is a key step to ensuring that the first-ever legally binding global agreement on climate can enter into force. The European Investment Bank welcomes this impressive progress and reaffirms our commitment to help implement the 2030 climate and energy framework both within Europe and around the world. As the European Union’s bank the EIB has a unique role to work with public and private investors to unlock new investment essential to cope with a changing climate and reduce global emissions.” said Jonathan Taylor, European Investment Bank Vice President responsible for climate action.

The European Investment Bank also reaffirmed its commitment to increase support for climate action in developing countries and to increase focus on the impact and resilience of climate lending following the Paris agreement.

The European Investment Bank welcomes this impressive progress and reaffirms our commitment to help implement the 2030 climate and energy framework both within Europe and around the world.

“International financial institutions alone cannot tackle the enormous investment challenges posed by climate change. The bulk of investment will have to come from the private sector. The EIB is committed to continued innovation to support climate finance. This includes unlocking additional investment from institutional investors, successfully as demonstrated by the Global Energy Efficiency and Renewable Energy Fund, building on our pioneering role as the largest issuer of green bonds and using new opportunities with other accredited partners in the Green Climate Fund.” added Jonathan Taylor.

A year ago the shareholders of the European Investment Bank, the 28 European Union countries, agreed that a minimum of 25% future lending would support climate related investment and that by 2020 35% of lending in emerging and developing economies would focus on climate action.

The European Investment Bank recognises the ambitious goal to hold global warming well below 2 degree centigrade. The EIB will support implementation of the Paris Climate Agreement by financing projects that help to reduce Europe’s greenhouse gas emissions as outlined in the 2030 climate and energy framework.

Following approval of the Paris Climate Agreement by European environment ministers and the European Parliament, representatives of the European Union deposited ratification instruments at the United Nations headquarters in New York earlier today. European Union countries will ratify either at this stage if national procedures have already been completed, or as soon as possible thereafter.