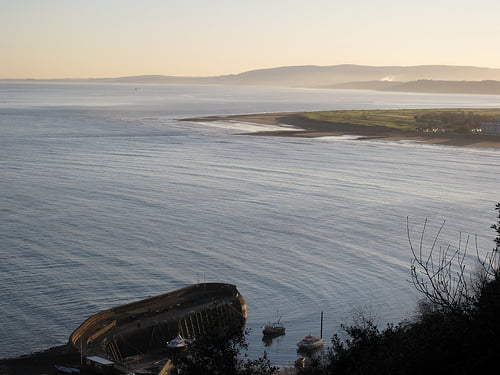 Plans to build a £30 billion tidal barrage across the river Severn have been put into doubt, after a new report claimed that a mixture of renewable technologies would bring about more advantages and provide more power.

The study, which comes in the form of a discussion paper called Bristol Channel Energy: A Balanced Technology Approach, has been drawn up by renewables firm Regen SW and consultants Marine Energy Matters.

It claims that a combination of tidal, wave and wind technologies could provide around 14 gigawatts (GW) of low-carbon electricity – more so than the 8GW Severn barrage.

On top of this, the organisations believe that developing renewable energies instead of a barrage would make clean technology investment more attractive in the UK, and pave the way for similarly large-scale projects in the future.

“Any large-scale energy scheme in the Bristol Channel will need to build consensus and support from communities on both Welsh and English sides of the channel”, said Johnny Gowdy, programme director at Regen SW.

“We hope this report will help move the debate forward and enable the industry to engage with government and stakeholders on the basis that projects might actually be built.”

The strategy has attracted the backing of such groups as the Bristol Tidal Energy Forum, the West of England Local Enterprise Partnership and the South West Marine Energy Park, and although proposals for such a scheme were brushed off by government in 2010, the energy select committee will review plans in 2013.

Gowdy added, “We need to get away from a divisive argument between proponents of renewable energy and the environment.

“Large-scale, low-carbon energy projects are absolutely essential to tackle the issue of climate change and ocean acidification and to move us away from destructive fossil fuel extraction industries.

“However, these must be designed to protect valuable ecosystems and biodiversity which are equally important for our sustainable future.”

There are concerns that a tidal barrage in the Severn estuary would have a negative effect on the wildlife. Mark Robins, senior policy officer at the RSPB, said that not only would birds and fish be under threat, but the risk of flooding in the region would also greatly increase.

However Robins welcomed the discussion document’s publication, along with the plans to implement various renewable technologies in the Bristol Channel.

He said, “As well as helping to address environmental concerns, the balanced technology approach also questions whether a big barrage option is the best way to generate sustainable jobs and economic growth.”