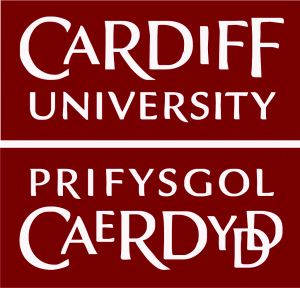 New research proposes changing the science of coastal management to adapt to the environmental impacts of climate change.  Coastal decision-makers must move away from considering physical and economic forces in isolation to fully recognise and explain changes to our coastlines, according to new research from Cardiff University.

The coastlines where we live, work and play have long been altered by people, but now researchers have investigated why developed coastlines change over time in ways that are fundamentally different from their undeveloped, natural counterparts.

Published in the journal Geomorphology, the research sets the scene for a new approach to understanding these changes in the context of climate change.

The paper explains that the processes that change the shape of natural coastlines are physical; storms and waves move sediments around, eroding the shoreline in some places and building it out in others.

In contrast, the dominant processes that change the shape of developed coasts, researchers state, are economic – especially where shorelines are actively modified by hard sea defences and additional sand brought in to compensate for beach erosion.

The authors say that these interventions, which are largely linked to economics of coastal property value and tourism, affect how natural physical processes – especially those driven by waves and storms – interact with the coastline itself.

The research states that developed coastal zones can therefore be described as “coupled systems” governed by reciprocal relationships between physical and economic forces.

With research in this area tending to look at these forces in isolation, Dr Eli Lazarus from Cardiff University and his colleagues explain the need to bring them together in order to advance our understanding of coastal management in the context of future climate change.

Dr Lazarus, lead researcher from Cardiff University’s School of Earth and Ocean Sciences, said: “Understanding the dynamics of developed coastlines is essential for improved assessment of risk, for better integrated coastal management, and for effective adaptation to environmental changes driven by climate change.

“Through this work we are laying out a framework for how to convert information about decision-making processes into new models of developed coastline dynamics.”

Lazarus’s coauthors include researchers from the British Geological Survey, Duke University, and the Center for Sustainability at Saint Louis University. The team makes a series of recommendations for future research on developed coastlines:
(1) gain insight into the social processes of coastal decision-makers (which extends into the disciplines of decision scientists, psychologists, and economists);
(2) quantify how human modifications to coastal shape and natural sediment budgets affect coastal physical change over large spatial scales and long time scales; and
(3) improve knowledge exchange and co-production between scientists and practitioners.