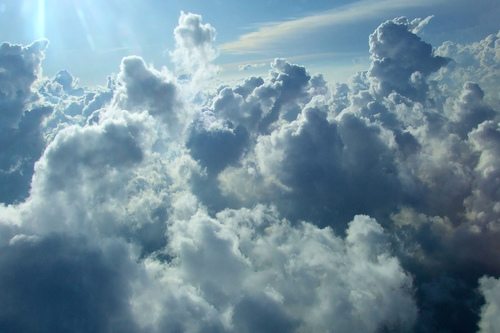 A new study, carried out internationally by researchers including the University of Leeds and the European Organisation for Nuclear Research (CERN) in Geneva, has thrown fresh light on how aerosol particles may be affecting climate change.

The impact of aerosols – microscopic particles that are emitted from both human and natural sources – on the atmosphere has long been one of the least understood forces in climate change science, as different types of aerosols can have either a cooling or warming effect.

Scientists have argued that overall, aerosols in the atmosphere have offset the global warming trend caused by greenhouse gasses, by reflecting sunlight away from the Earth and changing cloud formation, but the science behind this has remained relatively mysterious.

The Intergovernmental Panel on Climate Change (IPCC) considers the increased amount of aerosol in the atmosphere from human activities to be the largest present uncertainty in projected climate change this century.

The new research investigates how substances called amines, mostly emitted in anthropogenic processes such as animal husbandry, combine with sulphuric acid to form aerosol particles in the atmosphere.

The research also shows that ionisation by cosmic rays do not have a significant impact on the formation of these particular aerosol particles in the atmosphere.

The effect of cosmic rays on climate has been a highly controversial topic. It has been suggested by some that cosmic ray-induced particle formation could affect climate change, but this seems not to be the case for the particles studied at CERN.

“This is the first time that atmospheric particle formation has been reproduced with complete knowledge of the participating molecules”, said CLOUD experiment spokesperson Jasper Kirkby.

“However our measurements leave open the possibility that the formation of aerosols in the atmosphere may also proceed with other vapours, for which the effect of cosmic rays may be different.”

Meanwhile, Ken Carslaw of the institute for climate at atmospheric science at the University of Leeds and lead author of the paper said, “This is an important discovery and will lead to a significant advance in our ability to understand how particles form in the atmosphere and how they affect climate. Research is now under way with our climate models to assess the impact of the laboratory findings.”