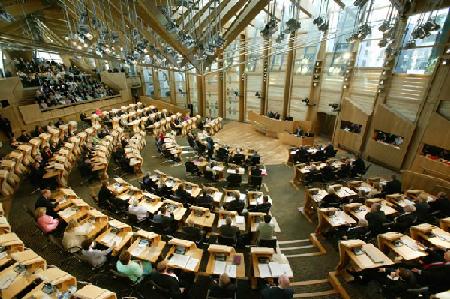 The Scottish and Welsh Governments have linked-up to call on Energy Secretary Amber Rudd to re-think Whitehall plans to cut support for renewable energy projects.

In a joint letter, described as a “demonstration of [the] strength of feeling”, the devolved administrations warn that investment in community energy projects is threatened due to proposed changes in the level of financial support available for local green power.

Both Scotland and Wales say they want meaningful discussions in order to protect the tens of millions of pounds of investment that is now at risk because of the UK Government’s attack on renewables.

The letter says the lack of discussion and advanced notice from DECC caused a more disruptive impact “than was necessary”.

Anne Schiffer, energy campaigner at Friends of the Earth Scotland, said: “We fully support the Scottish and Welsh Government opposition to UK Government plans to cut support for renewables. Perhaps the most important legacy the UK can leave for future generations is to rid our energy system of dirty fossil fuels and build an energy economy based on our abundant renewable resources.”

“The transition to renewables is an opportunity to tackle the inequalities of our currently, highly-centralised energy system. Community energy has been a strong success story in Scotland so far. We believe that both people and the environment need to be at the heart of a renewables transition and the best way to achieve this is through community energy – people’s ownership of renewable energy.”

Members of the Scottish Community Energy Coalition including Friends of the Earth are calling on the UK Government to halt plans to remove Feed-in Tariff pre-accreditation for community energy projects in a joint response to a UK consultation on FIT accreditation.

Schiffer added: “It makes no sense to get rid of pre-accreditation, which has provided vital certainty for community energy projects, and then later reintroduce it. We need continuous support mechanisms on which communities and investors can rely, regardless of Westminster mood swings.”

The full text of the letter sent to Amber Rudd from the Scottish and Welsh Governments: “This joint letter is a demonstration of our strength of feeling, and looks to set out specific areas for meaningful dialogue following recent announcements about support for renewable energy.

“Firstly, we would wish to stress the importance of flexibility in the design of grace period criteria and that projects on the margins of eligibility need to be accorded careful consideration and handling. We would ask that you frame the grace period in a way that is appropriate, fair and reasonable.

“Secondly, you have stated that you will be willing to consider how community and local energy can be supported, and requested further thoughts on how such projects should be considered. Community energy is a key priority for both our governments and we feel very strongly that those communities who have invested heavily, in time, money and commitment, in a cleaner energy future, are deserving of this consideration.

“You have clearly set out the implications of continued spending at the current rate of deployment, and we are mindful of the costs of commercial development that does not recognise the true, and generally reducing, cost of development. However, we consider that the lack of discussion and advance notice will have an impact that is far more disruptive than was necessary.

“Your officials’ analysis of both the introduction of the restrictions for onshore wind under the Renewables Obligation (RO) and the cancellation of pre-accreditation for the Feed in Tariff (FiT) both state that you are unable to assess the likely impact. We could certainly have helped in this assessment, and indeed as recently as last month, officials from the Welsh Government offered support in providing information from our own schemes to help in the analysis to support the planned FiT consultation.

“We agree that is difficult to estimate the impact. However, your assessment on the Renewables Obligation impact clearly set out that there was little economic difference between the case for continuing the current level of support, and that for the proposed course: however, the benefits from the reduction in support accrue in the shorter term and the costs in the longer term. Wales’ legal commitments under the Wellbeing of Future Generations (Wales) Act mean that we would not support a decision based on such short termism. Given that it is likely to leave future administrations, to fund the long term costs, and these economic and climate impacts lie within our devolved remits, we are very concerned about the lack of involvement in this decision.

“We consider that community groups, who are more risk averse as they do not have the capital resource to sustain losses, have limited ability to progress projects rapidly, and have collaborative and often complex decision making structures, are likely to be much more impacted commercial developers, who are able to resource the rapid development, decision making and construction of projects.

“The net outcome is therefore likely to be that the remaining developments that can be funded under LCF will be commercial; the small scale industry will go into a hiatus until either the retail price of electricity, or advances in storage and local supply, make projects commercially viable without subsidy.

“If this assessment is correct, the broader implications are likely to include stalling of the community energy sector beyond projects that have been pre-accredited by 22 July, and commensurate loss of local supply chains, and well-paid jobs in the consultancy, delivery and maintenance of projects, leading to increased joblessness and poverty. As part of the FiT review we will provide evidence of those community projects that will be impacted.

“It will also be disappointing to see the demise of the emerging capacity to deliver community share offers, which could have founded a culture of locally raised funding, and of the loss of community understanding of energy more broadly, which is driven by community energy projects, and is fundamental to greater energy efficiency. The funding for a wide range of projects supporting locally identified needs, such as fuel poverty, impacting on local cohesion, will also be lost.

“We both see that the future direction for energy is one of local generation and supply, based on renewable sources, and smart storage and local grid management, with significant local benefit. The current proposals will significantly damage the prospects for this future if the local ownership and benefits of projects are not considered within the support regime.

“We very much hope that this letter will establish a meaningful dialogue about potential mechanisms for continuing to support the development of community capacity, community benefit, and the supply chain capacity, in order to deliver on this future.”