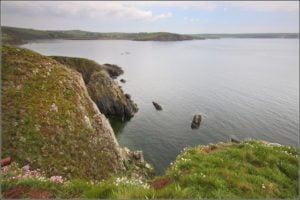 The UK government has today announced a public consultation on the creation of five new marine protected areas for the harbour porpoise in England, Wales and Northern Ireland. Meanwhile, the Scottish government has delayed beginning the process on at least three further areas.

ClientEarth and other NGOs, including WWF and Whale and Dolphin Conservation, have been insisting the UK Government follows its obligation under EU environmental law to designate protected areas for harbour porpoises. We welcome the consultation in England, Wales and Northern Ireland.

Catherine Weller, Wildlife Lawyer at ClientEarth said: “These new protected areas are a step in the right direction for the harbour porpoise. We need to ensure that the areas designated are those that will offer the highest benefit to the harbour porpoise and that when designated, these sites are managed effectively.”

“It’s disappointing that the Scottish government has stalled its consultation regarding at least three further areas, reducing the potential for comprehensive protection for the harbour porpoise in UK waters.”

Harbour porpoise populations in the UK are declining due to a range of threats which affect their ability to catch food, to breed and to communicate. The harbour porpoise is protected by law under the Habitats Directive.

This means that the UK Government has an obligation to create Special Areas of Conservation (SACs) in places that are known hotspots for harbour porpoise populations and considered vital for their survival and reproduction.

In 2014 the UK received a warning letter from the European Commission for failing to act to protect the harbour porpoise. We will be publishing our own consultation response, and will be following this process closely to ensure each government guarantees effective protection for the harbour porpoise.