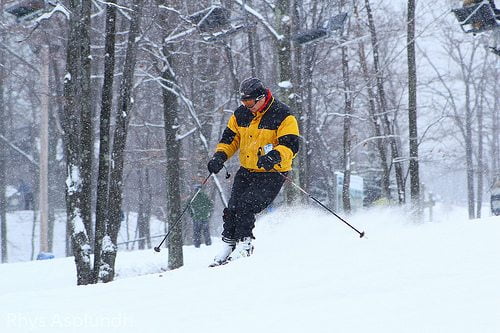 More than 100 ski resorts, together with 40 large firms, have launched an appeal for the US to address climate change, which they say is putting the ski industry in jeopardy.

Sustainability leaders CERES and its Business for Innovative Climate and Energy Policy (BICEP) initiative have joined the calls in signing a Climate Declaration document, which calls for swift political action.

The declaration asks policymakers to seize the economic opportunity of addressing climate change, by investing in clean technologies and opting for renewable energy.

Anne Kelly, director of BICEP, said, “We welcome the ski industry as allies in our work on climate and energy issues and as signatories of the Climate Declaration.

“Policymakers must realise that the old political paradigm of ‘It’s the environment or the economy; pick one’ is a false choice.”

Swiss Re, General Motors, Unilever, Nike and Levi Strauss are among the firms to have added their name and backing to the climate document.

The ski sector employs more than 160,000 people in the US and generates around $12.2 billion (£8 billion) in annual revenue. The National Ski Areas Association (NSAA) estimates that 56.6 million visitors flocked to ski resorts in the country in the 2012/13 season – an 11% year-on-year increase.

“The past ski season was a banner year for our guests and for our resort, but we can’t gamble on the weather in an uncertain climate”, said Jerry Blann, president of Jackson Hole Mountain Resort in Wyoming.

“Resorts have made tremendous efforts to raise awareness on the issue of climate change and to adjust our operations to reduce carbon emissions and manage resources efficiently.We need Washington to take those strategies seriously through stronger policies.”

In April, several Olympic athletes wrote a letter to US president Barack Obama, urging him to help save winter sports, which they said could be at risk because of the changing climate and increasing temperatures.