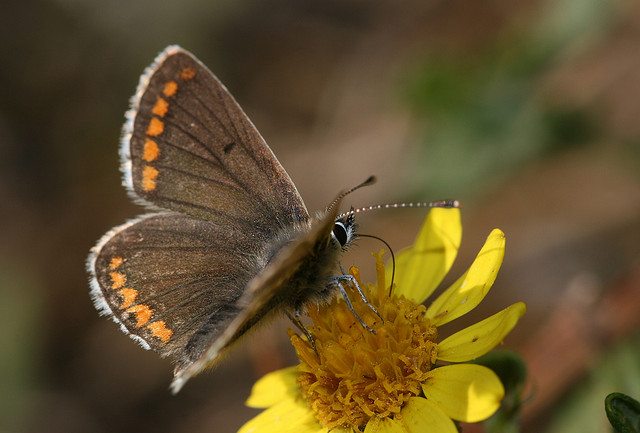 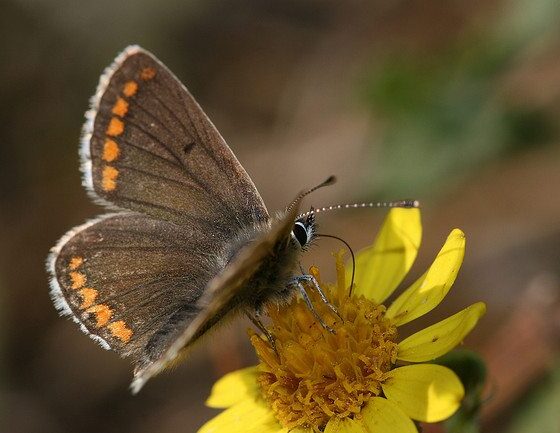 Researchers from the University of Bristol have found that a UK butterfly species has changed its dietary preferences in order to move further north in response to changing climate – the first case of this kind.

The paper published in Ecology Letters looked at the brown argus butterfly, which has moved from Southern England to other counties that have become warmer, such as Lincolnshire and South Yorkshire.

However, the move has meant that the butterfly stopped eating one of its main sources of food  – the rockrose – because this plant is less common in the new colonised areas.

The butterfly has therefore focused on more common wild geranium, losing its ability to forage and lay eggs on rockrose.

One of the authors of the study, Dr Jon Bridle said, “To our knowledge, this is the first time that the loss of adaptive variation during evolutionary responses to recent climate change has been demonstrated in any animal.”

The paper says that the findings are positive in the way they show that species are able to adapt to a changing environment and move to new areas by modifying foraging habits.

The authors explained, “Our research on the brown argus butterfly shows that rapid evolutionary change in a species’ diet is important for responding to recent climate change. Adaptations like this that alter how species interact may be crucial for many other organisms to survive in a changing world.”

However, researchers also warned that a poorer and narrower diet could have damaging effects on the long term, compromising future adaptation and resulting in the loss of variation in crucial traits, such as dietary preferences.