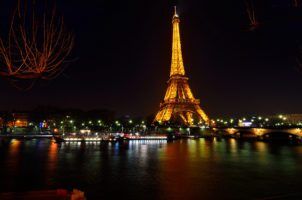 Following a ceremony at the UN in New York today the Paris Agreement on Climate Change is due to become law as 60 countries worth 47.5% of global emissions complete their formal ascension to it and 13 others commit to doing so this year.

You can see a map of who has completed the process here: parisagreementtracker.org For those committed to join this year, we stand at 97 countries, representing 67% of emissions. This assumes all EU countries ratify. See the scenario here.

Today’s ceremony was significant because one of the two thresholds required for the agreement to come law were met: more than 55 countries formally joined. All that remains is to meet the second threshold: countries responsible for 55% of global emissions must ratify. With signals of intent from the additional countries at the ceremony, the second threshold is expected to be reached before or during the next major climate negotiations in Marrakesh this November.

The speed with which the agreement will enter law is unprecedented. For example, the Kyoto Protocol took seven years to become law and it was widely anticipated that the Paris agreement would take until 2020 to come into effect.

As well as making the Agreement law, entry into force is significant because it means the parties, or countries, who have ratified the agreement can get on with actually implementing it to its full potential. Finalising this symbolic formality can help to concentrate minds and political will on the immediate action required to help keep the promises made in Paris viable. Early entry into force would also give an additional confidence boost to investors and citizens that the transition to the low carbon economy is in full swing.

This follow’s the UK PM’s commitment yesterday to ensure the UK ratifies Paris Agreement before the end of the year.

The upcoming entry into force of the Paris Agreement is the important signal that businesses have been waiting for.

Spokespeople made the following comments upon the conclusion of the ceremony:

“The upcoming entry into force of the Paris Agreement is the important signal that businesses have been waiting for. With this clear direction of travel from political leaders, companies can now accelerate efforts to achieve a zero carbon future.”

“We are delighted at the unprecedented speed with which this historic agreement will come into force. This shows that governments have understood and responded to the urgency of the climate challenge – a challenge demonstrated by the record breaking temperatures experienced, yet again, this year. The ratification by the European Union, which accounts for 12% of global greenhouse gas emissions, will be instrumental to reaching the required threshold of 55 countries and 55% of emissions. European leaders should be commended for agreeing to speed up their ratification process.

“Members of The Prince of Wales’s Corporate Leaders Group call on the EU to stay at the forefront of climate action and fully join the Paris Agreement in the next couple of weeks, triggering an entry into force at COP22 in Marrakesh.”