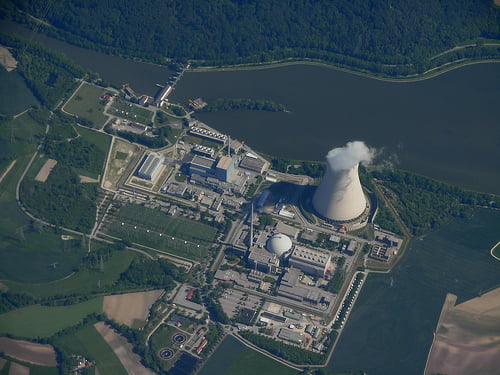 Across the globe, governments plan for a major power source transformation, moving away from a nuclear reliant system to a new renewable future.

This week, German Chancellor Angela Merkel met with industry executives in a bid to move to green energy, one year after the Fukushima disaster. 5,600 miles away, and Japan has shut down its 54th and final nuclear reactor —the No3 reactor at Hokkaido electric power company’s Tomari plant—testing the world’s third largest economy on survival without nuclear energy for the first time in 50 years.

Just over a year ago, the Fukushima Daiichi nuclear power plant suffered a huge triple meltdown. Ever since, Japan has witnessed the perhaps inevitable shutting down of all nuclear reactors in pursuit of maintenance and the need for “stress testing”, but whether any of those 54 reactors will come back online remains to be seen. Certainly, Japanese public feeling is strong.

Last week, a report was released with the aim of raising awareness of the electricity shortages that are now facing Japan. The report projected a 5% power shortage for Tokyo, while companies predicted a shortfall of 16% in Western Japan.

Yukio Edano, the economy, trade and industry minister, did not deny the issue and said, “I have to say we are facing the risk of a very severe electricity shortage”. Edano was also obliged to point out that the extra cost of importing fuel for use in thermal power stations  would almost certainly end up with individual consumers having to foot higher electricity bills.

In some ways, Japan is leading the way in efforts for a conversion to renewable energy sources. Japan is also firmly ensuring that idle nuclear reactors are not permitted to return online until completion of the stringent “stress tests”, but various critical remarks have been made regarding both the effectiveness of the tests themselves and also of the motivations behind them.

Back in January of this year Masashi Goto, a former nuclear power plant designer said “It’s a misunderstanding to believe these tests prove that a nuclear plant is safe.” . Shutting down nuclear power plants in light of ‘health and safety’ concerns is a last resort that governments around the world cannot afford to ignore.

Germany’s shift toward a more renewable future is notably progressing. On May 2, the meeting between Merkel and executives from energy companies such as E.ON, as well as representatives from Siemens AG power network operators, aimed to identify a looming power generation capacity gap. It served as a precursor to a meeting of German state premiers on May 23 to follow up on the challenges made. The German government has already shut down all of its older nuclear power plants, and has announced plans to close the rest by 2022.

Attempts to wean the globe off nuclear power are slow in application but environmental groups say that the transition can be made. Greenpeace says in its advanced energy revolution report that “with an abundance of renewable energy resources and top-class technology, Japan can easily become a renewable energy leader, while simultaneously ending its reliance on risky and expensive nuclear technology”.

The world will be watching with baited breath to witness both Japan and Germany’s renewable energy rebirths.

In the meantime, if you are passionate about green power and want to support the industry, we recommend contacting Good Energy, the UK’s only 100% renewable energy provider.