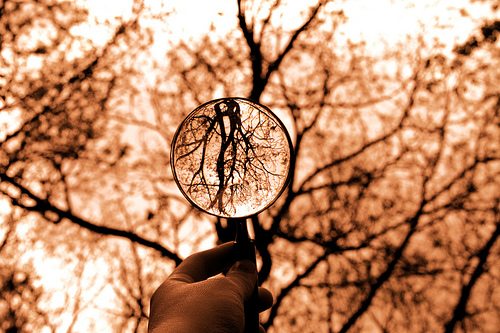 Many years ago, I was attending a seminar hosted by a well-known fund manager. This was held shortly after the exposure of Enron and the resulting market collapse.

One particular manager was providing a summary of the economic situation and how it was going to affect markets and investments generally. We had had all the usual charts and predictions, and I think by that stage I was getting a little weary; bored probably.

To be frank, I was getting tired of hearing that negative message that there is nothing we can do about the markets. In other words, “We’ll just have to trust we make the right bets.”

Something then jolted me out of my slumber. I asked whether these sudden shocks to the markets could be avoided by investors having more information on where there funds are invested. I couldn’t believe the answer.

Basically the response was, “Our view is that people aren’t interested.” Well aren’t you?

And that was then. This is now. I wonder if that same manager would make that comment in the light of the financial meltdown of 2008 and its current repercussions.

The one overriding lesson for me about 2008 was the complete lack of transparency of where your and my money was.

OK, the house of cards may have been triggered by vulnerable US homeowners defaulting on mortgages, but the situation would not have escalated to where it was if dodgy loans were not wrapped up in bigger dodgy loans, and then passed on into even bigger, dodgier financial packages.

If people with authority and without a selfish interest had provided a culture of real transparency, we would not be in the mess we are in today.

A staggering fact that came out of this mess was the excessive growth of derivatives. For those of you who are not quite sure, a derivative is an investment derived from something else. Hence, you are not investing in a real asset, rather a bet that is derived from the change of value in a particular underlying asset.

Derivatives do have a part to play. Their origins come from the Chicago agricultural markets in the 1850s where they were a very effective insurance allowing farmers and traders to benefit from steady prices and not be subject to the perils of unpredictable harvests.

They still have a very important part to play in this regard. But derivatives have been abused. People saw these as a great opportunity to make money quickly; greed, in other words. They could wrap up often very vulnerable financial assets in a clever package and sell them on, making a quick buck in the process.

The whole point was to hide as much of this as you could. And this happened time and time again contributing to a mountain of toxic debt.

You have probably heard all this before but it’s worth quoting the numbers. Apparently the size of the derivative market in 2008 was greater than actual world GDP. That is greater than the value of everything the world produces in that year.

In fact, according to distinguished sources, including the Bank of International Settlements in Basel, it dwarfed GDP by a multiple of 22. So should you be interested in where your money’s being invested? Too right you should.

Many investment companies offering positive solutions in this area will want to be transparent with you. These companies often want to help solve fundamental problems with the environment, so it makes sense that they want to talk about it.

Their factsheets will often be considerably more comprehensive than their conventional counterparts. The conventional fund will typically offer a fact sheet with limited information on funds – a list of the top 10 holdings, for example.

Eco and ethical funds on the other hand tend to produce far more detailed fact sheets. They will often include short biographies on the companies they are investing in. And far more detailed information is available if requested.

Interestingly, the WHEB Sustainability fund is the first fund to actively promote the idea of revealing all its holdings at any time with a description of why it’s doing so.

Equally, I have found that fund managers in this sector respond quickly if you challenge something in their portfolio. This is a refreshing change from the typically more secretive world of the City.

I had first-hand experience of this when I recently wrote to a manager questioning its support of a well-known FTSE 100 stock.

Whilst the company had been involved in promoting projects in the eco and social sector, there had been a question mark over some involvement that it had in the pornography industry.

I didn’t just get a quick curt response. Instead I received a detailed reply on their current position with the company and what action they were currently taking with the company to see whether this involvement had any real substance in it and whether financial support could continue. This was refreshing and also gave me information from which to hold them to account in the future.

But rather than just receiving information with investments in this sector, you can benefit from seeing real tangible benefits leading from your investments, not just the financial return that would result.