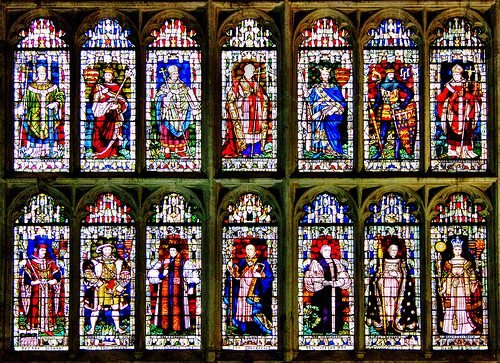 Giles Fraser, priest-in-charge at St Mary’s Newington in south London, delivered Tuesday morning’s Thought for the Day on the BBC Radio 4 Today programme. He chose to tackle the Church of England’s recent review of its ethical investment strategy, and the below is a transcript of what he said.

What we do with our money is probably the best way of ascertaining what it is we actually stand for. Forget our lofty sermons or self-descriptions, the most revealing moral document we have in our possession is probably our bank statement. An hour spent looking at that will show us what, in reality, we actually believe. Apparently, for instance, I believe in restaurants.

Last weekend, the Church of England’s (CofE) Ethical Investment Advisory Group published a report on the church’s own financial commitments, seeking to address a mountain of criticism for the church’s investment in a payday loan company – the very company the archbishop of Canterbury himself had previously condemned for what he believed to be their “excessively high interest rates”. Last year, he described himself as “irritated and embarrassed” by the situation.

And this means, they go on to argue, that it’s, and I quote, “inevitable that investing bodies will from time to time graze their knees as they interact with a complex and ambiguous business world”. And the report helpfully adds a picture of a grazed knee to underline the point.

I have various and quite strong reactions to this report. As a priest in the inner city, and often ministering to people who are themselves trapped by escalating debts to payday loan companies, I find the credibility of my ministry undermined by this investment. To call it a “grazed knee” is, I believe, to underestimate the symbolic importance of the church’s investment in companies that it also seeks to challenge.

And yet, of course, the church’s ethics people are quite right to say that the nature of modern capitalism is such that most of us, through our pension funds probably, have investments in things we don’t know about and perhaps wouldn’t much like if we did. We all own shares in the ways of the world – which is why this issue is not just a little local embarrassment for the Church of England, but potentially an embarrassment for us all, though one that most of us would prefer to ignore.

Morality is not about protecting our own innocence, but about seeking to change the world when it needs changing, despite the fact that we too are implicated in the very systems that we seek to change. For my money, we all come close to using this fact as an alibi for not doing anything about the problem.

Archimedes famously insisted that he could move the world with a long enough lever and a fixed pivotal point outside of it. But financially speaking, there is no pivot outside the world from which we can leverage change. We have to change it from within, recognising our complicity with unjust financial structures – a complicity that inevitably invites the accusation of hypocrisy.

But recognising this reality is absolutely not the same as accepting it.