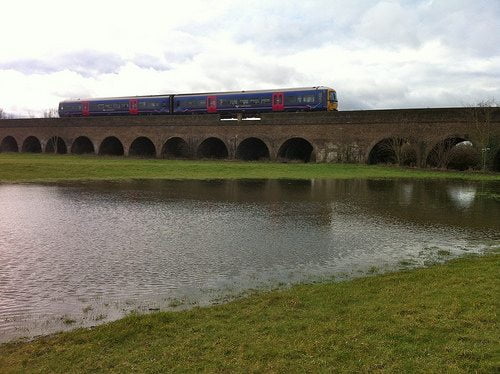 Seb Beloe, head of sustainability research at WHEB, on how a little-known section of the Climate Change Act could be crucial in responding efficiently to extreme weather in the future.

Buried in the annals of the 2008 Climate Change Act is a provision that gives the government the power to ask certain organisations that are responsible for essential services and infrastructure, like energy or transport companies, to outline how they are planning to respond to climate change, as part of their risk management processes.

Since then, 91 key infrastructure providers, including airports, power stations, water companies and rail companies have reported what they see as their key risks and what they plan to do about it.

These reports, which have until now been gathering dust on shelves at the Department for Environment, Food and Rural Affairs (Defra), have acquired a certain currency as a result of the extreme weather that the UK has been experiencing over recent months.

Network Rail, for example, in its 2011 report highlighted work that had been done around the railway tracks comprising the Great Western Route in the Dawlish area. Parts of this section of line have now been washed into the sea.

In its climate change adaptation report, Network Rail cited the work that it had done to improve the effectiveness of forecasting “potential hazards to the safe operation of trains” in the area. Elsewhere in the report, it put its finger more directly on the issue, highlighting “increased storminess” and its impact on sea defences as an area of concern. Unfortunately, it concluded that this threat was only likely to be an issue over the long-term.

Having had the wettest January in 250 years and with February also starting wet, it may be time to dust off the other adaptation reports and work out just what we need to do to ensure that more of our essential services and infrastructure don’t succumb to this extreme weather.

Seb Beloe is head of sustainability research at WHEB.