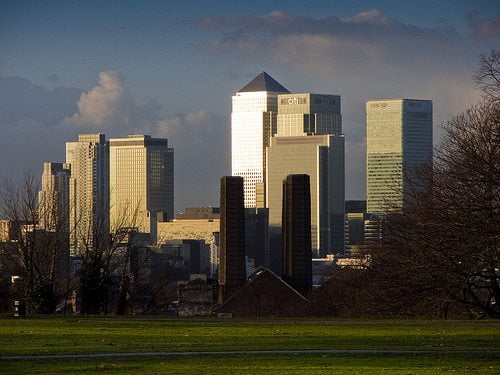 Speaking at the World Economic Forum in Davos on Thursday afternoon, the president of the World Bank Jim Yong Kim urged financial leaders, from banks to regulators to investors, to take responsibility for the fight against climate change.

At a joint press conference, held with the UN secretary-general Ban Ki-moon and the president of the European commission José Manuel Barroso, Kim told members of the press, “This is the year to take action on climate change. There are no excuses.”

He spoke of the important role that governments can play, urging them to “put a price on pollution”, and said governments should phase out subsidies for fossil fuels.

“The $1.9 trillion in subsidies can be redirected to investment in clean growth. This challenges the notion that responding to climate change is not affordable”, he said.

“The so called long-term investors must recognise their fiduciary responsibility to future pension holders who will be affected by decisions made today”, he said.

“Corporate leaders should not wait to act until market signals are right and national investment policies are in place. Be the first mover. Use smart due diligence. Rethink what fiduciary responsibility means, in this changing world. It’s simple self interest.”

He added, “Every company, investor and bank that screens new and existing investments for climate risks is simply being pragmatic.”

“Sooner rather than later, they must address the systemic risks associated with carbon intensive activities in their economy”, he said.

The World Bank president called for the use of green bonds, as described in the Green Bond Principles released this month, to “expand the universe of investors who are investing in green assets”, and called on institutional investors to “commit to purchasing specific significant amounts of green bonds for their portfolios.”

Kim’s fellow speakers also urged other sectors to get behind climate change efforts. Barroso, alluding to climate denying outlets, also called on the media to play their part by giving climate change greater coverage in 2014.

“Addressing climate change is not simply an option, it is a must. And it is in the interests of everyone – environmentally, economically and politically,” Barroso added.

For the first time at the annual forum in the picturesque region of Switzerland, climate change is high on the agenda.

The event, attended by over 30 heads of state or government and 1,500 business leaders, is holding over 30 sessions in which the issues surrounding climate change will be debated.

Kim concluded by saying, “In 20 years, all of us will be asked the question, ‘What did you do to fight climate change?’

“The leaders here in Davos, both in the private sector and in government, have it in their power to act in substantial ways. Now is the time to act, for future generations, before it is too late.”