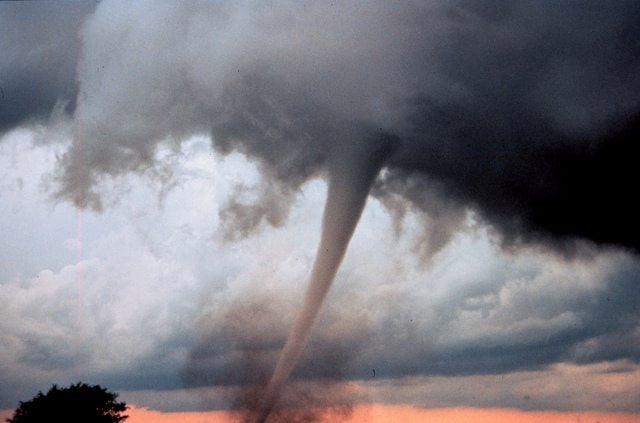 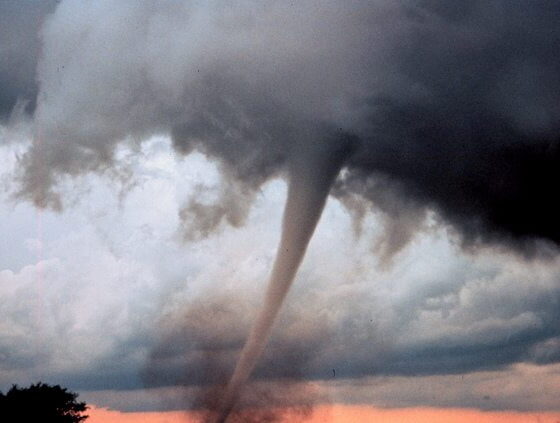 Tornado strength and frequency could be linked to climate change – study

More severe, multiple tornadoes are ravaging the US than in previous years, a study has found. New research by lead author Professor James Elsner, from Florida State University, has found these destructive vortexes could be linked to global warming.

Published this week in the journal Climate Dynamics, Elsner explains how although weather data shows tornadoes are forming fewer days per year, there are more forming at the same time and they are stronger than before.

The researchers studied 60 years of data from the US Storm Prediction Center (SPC) to find out the number of days with tornadoes in America.

They found in 1971, there were 187 tornado days, compared to 79 days with tornadoes in 2013. However, in recent years they tend to be forming more clusters.

“We may be less threatened by tornadoes on a day-to-day basis, but when they do come, they come like there’s no tomorrow,” Elsner said.

Researchers have previously dismissed claims tornadoes are linked to climate change but this study looked in more detail at the types of storms.

Elsner added, “I think it’s important for forecasters and the public to know this.

“It’s a matter of making sure the public is aware that if there is a higher risk of a storm, there may actually be multiple storms in a day.”

The US has more tornadoes than any other country. Data from the National Weather Service Storm Prediction Center notes that so far in 2014 there have been nearly 200 storms, leading to 43 deaths in the US.

Elsner was joined on the paper by researcher Thomas Jagger and meteorologist Svetoslava Elsner. They note more tornado clusters could be linked to increases in both convective available potential energy (CAPE) and convective inhibition (CIN) in the surrounding area.

The phenomenon could be linked to global warming, say researchers, due to warming oceans and air trapping more heat near the Earth’s surface.

Tornadoes needs cold air high up in the atmosphere in order to form, so rising global temperatures could explain fewer days with tornadoes. However, this also means when there are the right conditions and there is extra heat below, many tornadoes come at once.

Weather extremes around the world have prompted calls by the UN for the normal baseline for weather to be updated.

Serbia and Bosnia hit by new round of deadly flooding