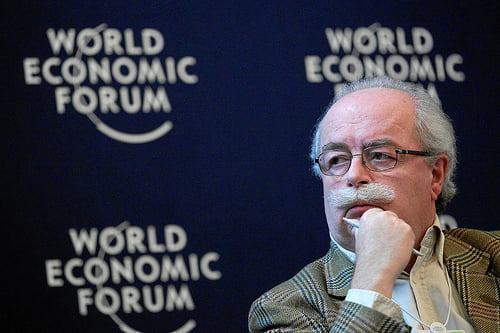 The chief executive of one of the world’s most prominent oil companies has condemned drilling in the Arctic, in what could be a real turning point for exploitation of the vulnerable region.

He cited the implications of an oil spill in the region as the main driver behind these sentiments, claiming that a “leak would do too much damage to the image of the company”.

De Margerie is the first chief of a major oil company to express any kind of hesitation when it comes to drilling for oil in the Arctic. His thoughts come after an inquiry by the environmental audit committee called for a moratorium on operations until better safety standards are implemented to deal with spills.

Another oil company, Shell, recently announced it would be suspending its oil drilling in the Arctic after complications in some preliminary tests.

The Total boss highlighted Greenland as an example of an area that his firm were not exploring for oil – something that vice president of Northern European operations, Patrice de Vives, echoed at the ONS Conference in Norway last month.

“We are concerned about the consequences of an oil spill in these areas”, de Vives told Norwegian media outlet Aftenbladet.

“Accidents can always happen, even with the best technology.

“There are many places in the world we can drill, and the Arctic is not a place we want to be.”

Total’s reluctance to conform to the exploitative nature of the global oil and gas industry offers a refreshing angle on the world’s future energy agenda – especially given that one of the main reasons that firms are able to even be in the Arctic is because of the Earth’s increasing temperature due to fossil fuel-produced greenhouse gases in the atmosphere.

The Total chief executive clearly appreciates that there is a line of vulnerability and exploitation that simply should not be crossed, breaking the mould of his predominantly profit-driven industry.

But at the same time, his firm still has natural gas operations in the Barents Sea, north of Russia. “He emphasised that he was not opposed to Arctic exploration in principle”, the FT reported, adding that it was simply the unstableness of extracting oil in the region that led him to voice his concerns.

Rúni M. Hansen, head of Statoil’s Arctic unit, recently spoke at the FT Global Energy Leaders Summit in London, and talked about “responsible development of the Arctic”. When questioned about whether he had any “moral concerns” about his company’s exploration in the region, he replied, “We should not go faster in the Arctic than the technology allows us. Then it’ll be the same as in other parts of the world.”

The National Snow and Ice Data Center (NSIDC) in the US recently revealed that sea ice cover in the Arctic had reached its lowest amount since satellite observation began in 1979. And less than two weeks later, it was reported that melting had continued even further.