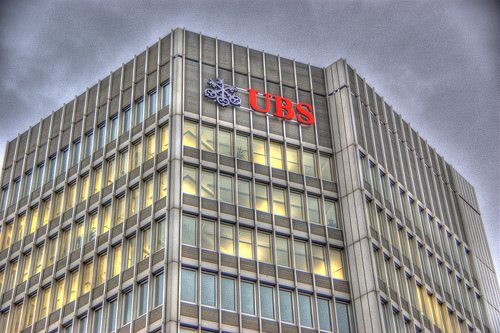 Big investment houses are often criticised for being the epicentre of unsustainable financial practices. This perspective ignores the efforts that several organisations are making to develop more sustainable models, as Simon Leadbetter discovered when he hosted a UBS discussion on philanthropy, socially responsible investment (SRI) and corporate social responsibility (CSR).

Founded in 1856, how UBS thinks about SRI matters. It operates in 50 countries and has around $1.7 trillion (£1.1 trillion) in invested assets – £150 billion of which are invested sustainably. It is the largest manager of private wealth assets in the world, according to research by the Scorpio Partnership.

The discussion, which is available online here, explored how UBS defines SRI and the relevance of this type of investment to the charity sector. Harry Pope, who is a member of UBS’s charity team, gave a textbook response on how smart investment balances the financial outcomes with the environmental and social.

He argued that this is of particular relevance to charities as they cannot afford the reputational risk of investing in a company that acts in a way contrary to the charities’ aims. He also made the point that supporters of charities expect them to be at the forefront of responsible and ethical investment as it is core to their function in society.

Agathe Bolli, of the environment, social and corporate governance (ESG) advisory team at UBS, explained the difference between negative and positive screening and its relevance to difference investors. The negative screening is useful for those who have an objection to a specific activity such as tobacco, gambling or arms sales, which, might be of particular relevance to a charity. Positive screening is useful to those who wish to support certain sustainable industries such as cleantech or renewables.

In reality, there is neither a best or worst way of investing as most investors adopt a blend of both negative and positive screening to reflect their values and required investment outcomes. UBS calls this values-based investing (VBI).

Certainly, there are trade-offs and compromises to be made in conventional fund investing but these can be minimised with the right advice and planning. Purists may look to social investment or crowdfunding social projects and this is a rapidly growing area, but for many, the conventional fund route represents the best entry point for SRI.

UBS launched its first global SRI fund in 1997, so has a 15 years track record in understanding this sector. The ESG team in Switzerland, of which Bolli is a part, plays a key role in informing fund managers, wealth managers and investors of the potential risks of unethical, socially irresponsible investment. As with all financial institutions, UBS is not about pushing one investment approach but to closely align the investors’ values and requirements with what they invest in.

Strong trends are emerging for charities in SRI. UBS reports many trustees are starting to engage with the issue and looking at how their mandate can be adjusted to reflect this growing awareness. Pope pointed out that there is a significant role for education as many trustees do not make the connection between what they invest in and how that might negatively impact the reputation or work of the charity.

The Charity Commission has issued guidance that charities can include ethical and social considerations in their investment decisions rather than the outdated concept that their role is to simply maximise return. The clarification of fiduciary responsibilities will provide a significant stimulus to those trustees that see unsustainable investment running contrary to the aims of the charity they work for.

Bolli pointed out that the stricter the criteria for investing ,the more limited the universe is for investment. While this does not necessarily have to impact performance, it may. Equally, not including sustainable stocks may lead to unpleasant surprises such as BP’s Deepwater Horizon incident.

Pope made the point that it is often an individual who understands SRI who drives the change in a charity. Paddy Lewis, head of investment management in the UK at UBS, made the analogy that it has now become socially unacceptable not to recycle and it will become the case that is socially unacceptable to invest unsustainably. This new norm is starting to be established as more environmentally aware, socially conscious and digitally connected investors enter the market.

Meanwhile Nick Wright, head of community affairs and CSR, pointed out they are increasingly finding new recruits look at the CSR and ESG policies of the investment banks they are looking to join and for UBS, it is one of the most visited pages for potential candidates on its website. To attract the best, its commitment needs to be genuine, led from the top and adopted across the organisation.

Wright also discussed how UBS is launching a donor advised foundation which will allow wealthy clients to donate via the foundation with none of the back end administrative costs and hassle. The aim is to allow clients to achieve their philanthropic aims as easily as possible.

As one of the world’s largest financial organisations, UBS has had its fair share of controversies, but is clearly a frontrunner in global sustainable finance and investment.

In 2010, the organisation issued a new CSR code. Chairman Kaspar Villiger and former CEO Oswald J Grubel described the code as “an integral part of changing the way UBS conducts business.” The eight-page code addresses financial crime, competition, confidentiality, human rights and environmental issues. It also lays out potential sanctions against employees who violate it, such as warnings, demotions, or dismissal.

All the panellists felt that the industry were moving in the right direction and the team actively encourage their wealth management team to talk to clients about considering ESG issues in their investing. Not every investor is receptive, but this doesn’t stop UBS raising the approach.