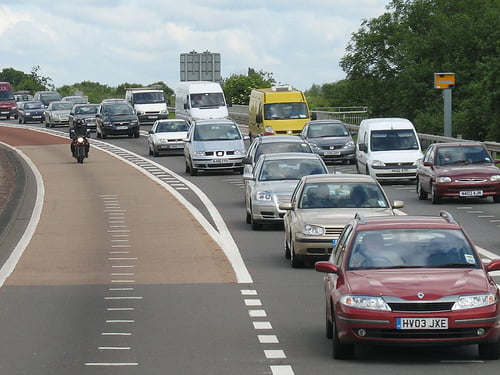 UK could say no to long-term vehicle emissions target

The government has contested an EU proposal for a tougher 2025 emissions target for motor vehicles, because it believes that this will delay earlier targets in 2015 and 2020.

Lib Dem MEP Fiona Hall proposed to Europe that a target for 2025, which would prevent cars from emitting more than 70g of carbon dioxide per kilometre (CO2/km), should be set. But the government could overlook her suggestions.

However, the Department for Transport has argued that this additional target for 2025 will only delay the agreements for the 2015 and 2020, and cause problems to car manufacturers.

Greenpeace released a leaked document on Monday that showed how transport minister Norman Baker was, in the opinion of the campaigners, “blocking the new legislation” to reduce CO2 and save drivers fuel.

In the document, Baker allegedly asked ministers to vote against the proposal for a 2025 target on CO2 emissions.

Sara Ayech, Greenpeace campaigner, said, “Norman Baker should follow the progressive political lead of Fiona Hall and support laws that will help the environment, whilst putting an average of £400 a year back into the pockets of hard pressed motorists.”

However, Baker told the Guardian, “It is quite wrong of Greenpeace to make unfair and inaccurate allegations of this nature.

“I am not trying to water down this legislation. On the contrary – as always and as I have throughout my political career, I am trying to get the most sensible result for the environment.

“Greenpeace, in their campaigns, should challenge those who don’t care about the environment, rather than those who do.”

Recent financial figures from electric car manufacturer Tesla hit expectations, with  4,900 electric cars sold in the US in the first quarter of 2013, despite the fact electric vehicles have previously been labelled as inefficient or even more harmful to the environment than traditional cars.