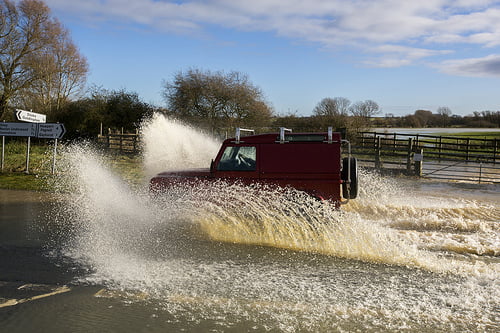 As climate talks get underway in Doha, environmental campaign group Friends of the Earth has said that severe flooding in the UK should “wake up” world leaders to the imminent threat posed by a warmer planet.

The Environment Agency has issued around 200 flood warnings across the UK, while 300 less severe alerts are in place in England and Wales alone.

The storm has so far hit southern England hardest, with two people dying in Exeter and Cambridgeshire and countless travel links affected.

And today, Friends of the Earth said the floods were a stark warning for governments worldwide on the first day of UN discussions on climate change in Doha, Qatar.

“As the international climate talks kick off in Doha, the floods that are currently devastating parts of Britain should be a wake-up call on the need for urgent action”, said policy and campaigns director Craig Bennett.

“Experts predict that climate change will trigger more frequent floods in the future, creating further havoc across the UK.

“These floods show how wrongheaded George Osborne is when he talks only about the costs of tackling climate change. The misery that thousands of families are experiencing today is a reminder of the far bigger costs we all face of failing to cut emissions.

“The government must show leadership and move quickly to slash UK emissions and help protect us all from the threat of increasing global climate change.”

The Environment Agency yesterday urged communities to “remain vigilant” as the storm progressed through the midlands to the north-east of England.

If you want to see whether your property or business is at risk of flooding, you can look at the interactive maps (enter your postcode in the right hand column) on the Environment Agency’s website, and there is more information at the National Flood Forum and the Met Office’s ‘Get ready for winter’ site.