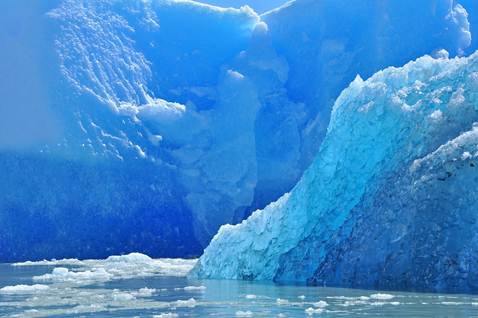 The Environmental Audit Committee has opened a new enquiry into shielding the Arctic from the tempering fires of climate change. Alex Blackburne looks into what being done.

Preserving the threatened regions of the Earth against the effects of global warming is imperative. One of the most exposed areas to rising temperatures is, predictably, the Arctic.

The Environmental Audit Committee has opened a new inquiry into shielding the Arctic from the tempering fires of climate change. Alex Blackburne looks into what being done.

Preserving the threatened regions of the Earth against the effects of global warming is imperative. One of the most exposed areas to rising temperatures is, predictably, the Arctic.

A vast mirror planted right on top of the planet, the icy region reflects the sun’s rays, keeping the Earth cool.

But the effects of global warming are devastating the area. Average temperatures in the Arctic are rising twice as fast as anywhere else in the world.

For an area made almost entirely of ice, this isn’t good.

Realising the dangers that the world’s northern-most tip has suffered and is set to suffer, a group of MPs have taken matters into their own hands.

Members of the Environmental Audit Committee, whose remit is to assess how government policies will affect sustainable development and the environment, have launched an inquiry into how climate change might allow new commercial opportunities.

It is also examining what Britain can do to further protect the already vulnerable region against future global warming effects.

Joan Walley MP, chair of the Environmental Audit Committee, said, “Rising global temperatures – caused by the burning of fossil fuels – ironically look set to clear the way for a new oil and gas gold rush in the Arctic.

“We will be looking at what the UK Government can do to ensure that the Arctic is protected and whether it is even possible to drill for oil and gas safely in such remote regions.

“Concerns over climate change should be recognised internationally as a limiting factor on any new oil and gas drilling in the Arctic.”

The proposed fund was met with scepticism by many environmental lobbyists, who feared that it would just speed up the already quickening effects of climate change on the region.

Julian Parrott, chair of the Ethical Investment Association, responded to the plans, telling Blue & Green Tomorrow that it “is further evidence of big capitals’ headlong rush into previously untouched locations in a last gasp attempt to squeeze a profit with scant regard for the environmental or social consequences“.

The Environmental Audit Committee’s inquiry includes investigations into the Arctic’s energy reserves, shipping routes and fishing grounds, as well as how other domestic and foreign policies might impact on the area.

It also pledged to use the UK’s global authority to promote positive advancements in the region.

Further exploitation in the Arctic is not what the world needs during these times of economic and environmental instability.

But the Environmental Audit Committee’s inquiry will, with any luck, help eradicate further mistreatment of the region, and instead, create longevity and sustainability.

Continue as we are, though, and soon enough, the ice plains in the Arctic will be entirely replaced by dark water, which will in turn absorb more heat.

As a result carbon, and the even more harmful gas methane, will be released into the atmosphere, triggering a rise in sea levels by as much as 20-feet.

Cue water wars, devastated major cities, widespread illness and an increase in natural disasters. All because we couldn’t look after the precious equilibrium we once had.

Our children’s future could be submerged if we don’t act now.

There are over 90 ethical funds that you can invest in – all of which are tailored towards individuals who wish to help reduce the effects of climate change and create a sustainable future.

To find out about how you can help your money make a difference, get in touch with your financial adviser. Don’t have one? Then fill in our online form and we’ll put you in touch with a specialist ethical one.