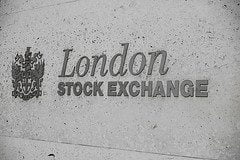 An international group of scientists, energy policy analysts, and experts in risk from finance and the military have released a new independent assessment of the risks of climate change, designed to support political leaders in their decisions on how much priority to give to the issue.

The ‘Climate Change: A Risk Assessment’ report, commissioned by the UK Foreign Office, argues that the risks of climate change should be assessed in the same way as risks to national security or public health. That means focusing on understanding the worst outcome and how likely it is to occur.

The report identifies thresholds beyond which “the inconvenient may become intolerable”. These include limits of human tolerance for heat stress, and limits of crops’ tolerance for high temperatures, which if exceeded could lead to large-scale fatalities and crop failure, as well as potential limits to coastal cities’ ability to successfully adapt to rising sea levels.

It suggests that these thresholds could become increasingly likely to be crossed over time: an extreme event that may be very unlikely at one point in time could be highly likely at some later point. This will especially be the case if global emissions of greenhouse gases continue to rise, as the report suggests they will in the absence of stronger political commitment and faster technological development.

The report suggests that the largest risks of climate change may be those that are magnified by the interactions of people, markets and governments. It finds that migration from some regions of the world could become ‘more a necessity than a choice’ and that the risks of state failure could rise significantly, affecting many countries simultaneously.

The report recommends that climate change risk assessments should be updated regularly and communicated to political leaders at the highest level.

Speaking at the report’s launch at the London Stock Exchange, Foreign Office Minister Baroness Anelay said, “When we think about keeping our country safe, we always consider the worst case scenarios.

“That is what guides our policies on nuclear non-proliferation, counter-terrorism, and conflict prevention. We have to think about climate change the same way. Unlike those more familiar risks, the risks of climate change will increase continually over time – until we have entirely eliminated their cause. To manage these risks successfully, it is essential that we take a long-term view, and that we act in the present, with urgency.”

Fiona Morrison, President of the Institute and Faculty of Actuaries, a co-sponsor of the report, commented: “As the report shows, adapting to, and mitigating the risk of, climate change is of vital importance for governments.

“One of the most important goals of climate change policy should be to recognise the possibility of very bad outcomes and a full risk assessment of all possibilities is the best way to achieve this. As actuaries, we see good decisions as being based on exploring difficult scenarios and using this information to mitigate risk.

“This report will be a very useful tool in assessing the important risk factors that need to be considered and the existential implications, in the coming years, of an increase in global temperature.”

The lead authors of the report are Sir David King, the UK Foreign Secretary’s Special Representative for Climate Change; Professor Daniel Schrag, a member of the US President’s Council of Advisors on Science and Technology; Professor Zhou Dadi, a member of the China National Expert Committee on Climate Change; Professor Qi Ye, Director of the Brookings-Tsinghua Centre for Public Policy and Management at Tsinghua University, China; and Dr Arunabha Ghosh, CEO of the Council on Energy, Environment and Water, one of India’s leading climate and energy policy think tanks.

In total, the report includes contributions from over 40 scientists, as well as from experts in security, finance, and economics, from eleven different countries.