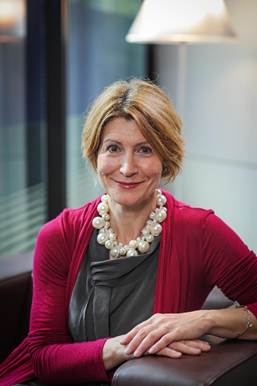 The CEO of HSBC Bank Pension Trust, Lesley Alexander, has been appointed as the new chair of the UK Sustainable Investment and Finance Association (UKSIF).

She will replace current incumbent Martin Clarke, who is stepping down at the end of June after four years, or two terms, in the role.

Alexander, who has worked in the pensions industry for well over a decade, said she was “delighted” to have been given the role.

She added, “The increasing recognition of global ‘mega-risks’ such as climate change and resource depletion mean that sustainable investment must move up the agenda of everyone involved in pensions.

“I would encourage everyone involved to collaborate in developing environmental, social and governance (ESG) policies that influence investment strategy, fund manager behaviour and ultimately performance.”

Alexander joined HSBC in December 2010 after four years as head of pensions at the music recording group EMI. She has also held senior roles at Bull Information Systems and Motorola.

Speaking about her appointment, UKSIF’s chief executive Simon Howard said, “Lesley offers extremely valuable professional experience from right across institutional investment value chain. This complements thestrong body of knowledge and experience in retail already present on the board and elsewhere in UKSIF.

“This is an exciting time for UKSIF as we look to build on our progress and achievements during Martin Clarke’s four years as chair.”

Departing chair Martin Clarke, who is also the Pension Protection Fund’s (PPF) executive director of financial risk, was named as the next government actuary in March this year.

He said, “I’m very happy to be handing over the reins to Lesley Alexander and to see UKSIF continue to strengthen its work in the institutional investor space. I want to thank the board, Simon and the team, and every UKSIF member for their support over the past four years.”

It was recently announced that National Ethical Investment Week, the annual week-long event that UKSIF co-ordinates, was to be rebranded as Good Money Week for 2014.