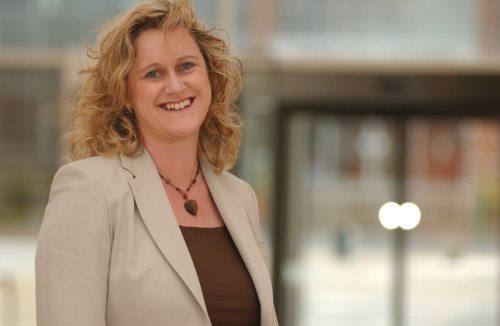 ULEMCo to Build Engineering Team in The North West

A company that specialises in converting commercial vehicles to run on hydrogen is looking to build its team of engineers. ULEMCo, one of a small number of firms in the world with the capability to retrofit diesel vehicles, is recruiting a Senior Engineer to take responsibility for a number of exciting projects. Further appointments to ULEMCo’s technology team will follow over the coming months.

The company recently secured a further £400,000 investment from the North West Fund for Energy & Environmental to help it exploit opportunities for its hydrogen diesel combustion technology in commercial vehicles.

ULEMCo is a spin-out from automotive design and consultancy firm Revolve Technologies. The company is led by Managing Director Amanda Lyne and Technical Director Paul Turner.

Amanda said: “The plan is that we will transfer all capability into ULEMCo within a three year time frame. The recruitment of a Senior Engineer to work alongside Paul is the first step in this direction and is therefore an extremely important role.

“The chosen candidate would be expected to take ownership of a lot of the work we are doing, initially working closely with Revolve engineers and then ULEMCo’s own team as it builds.

“We already have a number of projects underway ranging from looking at a new emission control system to designing the systems needed in a number of new vehicle types.”

Amanda added: “ULEMCo already supports a fleet of 20 vehicles across a range of hydrogen hubs in the UK and is targeting commercial fleet retrofits to grow the market over the next 18 months.

“Beyond this, we will be looking at different forms of transport and expanding our technology from where it is today and into overseas markets.”

David Hunt, Managing Partner of Hyperion Executive Search, said: “ULEMCo is looking for an experienced and entrepreneurial Senior Engineer. The right candidate will have significant influence in driving the engineering and technical development of the company and in building an engineering team around them. It is a rare opportunity to be instrumental in the growth of a well-funded clean energy start-up.”

ULEMCo is headquartered in Liverpool and its engineering capability will move to the city in the next 12 months with the development of a larger workshop and office facilities. Engineering is currently carried out at Revolve in Essex.

David added: “The Liverpool City Region is home to some of the world’s foremost automotive industries including Jaguar Land Rover, Getrag Ford and Vauxhall. The development of ULEMCo will provide some exciting opportunities to engineers currently working in the automotive sector in the North West.”