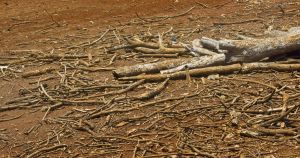 Spain has committed €120 million (£95m) to the UN Green Climate Fund, which is designed to support counties adapting to climate change, taking the total to almost $10 billion (£6.3bn).

Over the next two weeks governments will meet in Lima, Peru, to discuss an international climate change agreement and pave the way for the Paris climate conference next year.

In September, as world leaders met in New York to discuss climate change, wealthier nations were urged to commit finance to the UN fund. Both France and Germany have pledged $1 billion (£640m) each in recent months.

It is argued that developing nations have historically contributed relatively little to the greenhouse gas emissions that have accelerated climate change but will be disproportionately affected by the negative impacts, such as extreme weather and food security. As a result, some state wealthier nations have a responsibility to aid poorer counties in adaption.

Speaking in Lima, both China and Brazil have criticised the amount of money richer nations have pledged to help poorer countries combat climate change, according to the Financial Times. Xie Zhenhua, China’s chief climate negotiator, described that fund as “not ideal” because the finance pledged is still far from the $100 billion target, a concern that was echoed by José Antonio Marcondes de Carvelho, the chief negotiator from Brazil.