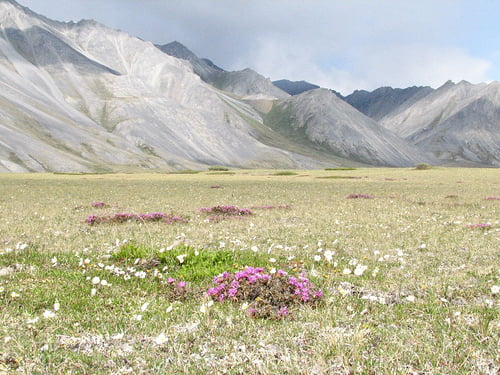 A team of scientists has revealed that increasing temperatures in the northern hemisphere have led to significant changes in the growth of vegetation in the region.

Their study, published in the journal Nature Climate Change and called Temperature and vegetation seasonality diminishment over northern lands, has highlighted how the Arctic is warming faster than other areas of the world.

Plants are now growing nearly 500 miles further north than they did a few decades ago, reaching the permafrost as a result of diminished temperature seasonality, that is the difference between summer and winter temperatures.

Speaking to the Climate News Network, one of the authors, Bruce Forbes of the University of Lapland, said, “In a few decades, if the current trends continue, much more of the existing low shrub tundra will start to resemble woodlands as the shrubs become tree-sized”.

The 30-year study, which was backed by NASA, says this phenomenon is likely to be the result of an enlarged greenhouse effect.

“Higher northern latitudes are getting warmer, Arctic sea ice and the duration of snow cover are diminishing, the growing season is getting longer and plants are growing more”, said co-author Ranga Myneni of Boston University’s Earth and environment department.

“In the [northern] Arctic and boreal areas, the characteristics of the seasons are changing, leading to great disruptions for plants and related ecosystems.”

The team used satellite data to quantify vegetation changes at different latitudes from 1982 to 2011. Scientists said that the trend may not continue at this pace, because a warmer temperature is not enough for plants to grow.

However, the research provides yet more evidence, after the sea ice losses and extreme weather experienced in the last few months, that cleaner sources of energy, fuel and transport are needed in order to prevent damaging this precious, vulnerable region even further.