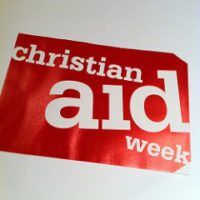 Christian Aid has welcomed the commitments made by countries this week in Vienna to reduce the global production and use of climate change causing HFCs, a manmade greenhouse gas more potent than carbon dioxide.

Speaking from Vienna, Benson Ireri, Christian Aid’s Senior Policy Officer, was pleased that progress had been significant. He said, “In Paris last year the world took great strides towards tackling climate change and securing a safe, clean and prosperous planet. But if we ignore the growing danger of HFCs then we risk all that good work unraveling.

“In Vienna this week we saw concrete progress made on an amendment to the Montreal Protocol which would see HFCs phased out and replaced with non-polluting alternatives. This essential transition needs to be led by developed countries and for them to offer assistance to poorer nations so they can quickly follow suit.

There is also an opportunity here for developing countries.

Mr Ireri added, “It’s been great to see countries across the board showing increasing flexibility to resolve some of the difficult issues. Specifically, progress has been made on agreeing an early freeze date for ending the manufacture of HFCs, a baseline from which to start the phasedown and ambitious national reduction targets.”

The meeting was attended by a number of heads of state and senior ministers including US Secretary of State John Kerry, who pointed out that it was steps such as tackling HFCs that were crucial if the Paris Agreement was to be realised.

It is hoped the work completed in Vienna will bear fruit at a meeting of the Montreal Protocol signatory countries in Kigali, Rwanda, this October, where the phasedown amendment will be passed.