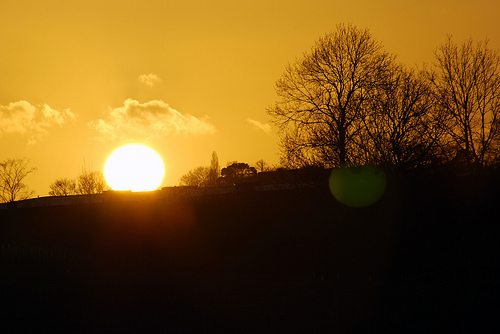 Last month was the hottest November experienced on earth in recorded history, scientists have confirmed.

According to new data from the National Oceanic and Atmospheric Administration (NOAA), in the last month the combined average global land and ocean temperature was 0.78C (1.4F) above the 20th century average of 12.9C (55.2F).

This makes it the hottest November since records began 134 years ago, with temperatures warmer than usual on almost every continent.

In some regions the increase was particularly pronounced. In Russia, temperatures were recorded as high as 8C (14F) above the monthly average. Norway experienced highs of 3C (5F) above normal.

However, the heat was not felt everywhere. Residents of the UK may not be surprised to learn that the average temperature across the country was actually 0.7C (1.3F) below the 1981–2010 average.

Nonetheless, this combined rise isn’t unexpected. November 2013 was the 345th consecutive month, and the 37th November in a row, with an average global temperature higher than the 20th century average, NOAA added.

In September, the latest review of climate science by the Intergovernmental Panel on Climate Change (IPCC), warned that because of human activities, global temperatures are likely to increase by over 2C by the end of the century.

Antarctica home to ‘coldest ever’ spot on Earth