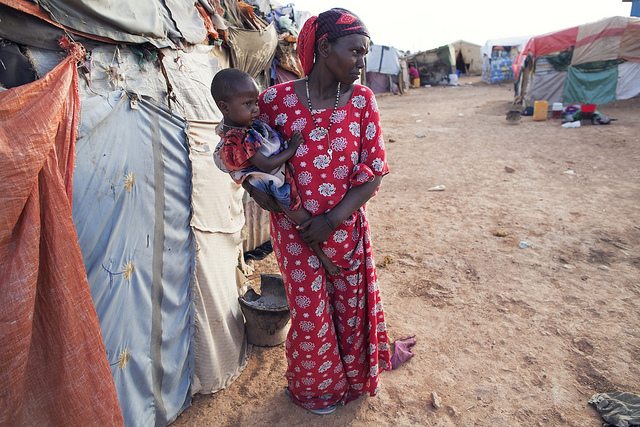 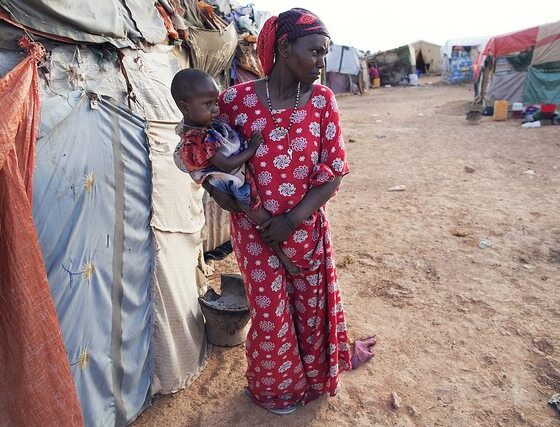 As the UN warns that the number of refugees is at its highest since the second world war, campaigners have called for more to be done to protect the millions of people displaced by the impacts of climate change.

To mark World Refugee Day on Friday, the UN high commissioner for refugees (UNHCR) has released figures that show over 51 million people were living as refugees, asylum seekers or internally displaced persons at the end of 2013.

A massive increase of 6 million from 2012 has been driven mostly by conflict in Syria, the Central African Republic and South Sudan.

However, campaigners are now urging the UN to establish a Special Rapporteur on Human Rights and Climate Change, to ensure that people specifically displaced by environmental pressures have access to assistance and protection.

The Environmental Justice Foundation (EJF) estimates that between 2008 and 2012, 119.9 million people – seven times the number of refugees recognised by UNHCR – were displaced by climate-related disasters.

“Around the world, people depend on the environment as sources of security – livelihoods security, food security, even physical security”, Steve Trent, executive director of EJF, told Blue & Green Tomorrow.

“Gradual changes like irregular rainfall patterns and sea-level rise or abrupt disasters like floods and cyclones can all severely impact the security of vulnerable households.

“Sometimes, a household might pull a child out of school and send them to work in a nearby town. Or an entire family might have to move into a temporary camp or even across a border. Or an entire island might be lost, its people rendered stateless. All of these people are climate refugees.”

The EJF notes that despite their growing numbers, there is no international legal or policy framework that defines these people or lays out procedures to help them.

The majority of the communities most at risk inhabit vulnerable dryland areas, low-lying and coastal areas or mountainous regions in the poorer corners of the world.

The many countries already affected include places like Kiribati, Vietnam, Mali and Peru. However, Australians fleeing from wildfires, or Europeans forced from their homes by unseasonal weather, also count.

Though the stories of climate refugees’ differ drastically, life for many is dangerous.

“Haredo Jimale told us how she walked for eight days through war-torn Somalia with her two young children to get to a camp in Kenya after extreme drought decimated her crops. She was just one of the 400,000 Somalians to make the same journey for the same reasons between 2010 and 2012”, Trent said.

A big part of the problem, Trent explained, is that even when these people get to a relatively safe haven – a camp, or more often a new, unfamiliar city – they live in a legal vacuum.

“People who flee across borders because the very existence of their nation is threatened by climate change are effectively stateless”, he said.

“No one is obliged to shelter them, grant them citizenship or even respect their social, political and cultural rights. When you aren’t legally recognised as having any rights, even to a nationality, there is a whole host of ways that your life can become a living nightmare.”

Many end up spending years in camps, moving into slums, or being forced into unsafe or demeaning jobs.

Experts fear that the situation is only likely to get worse, as the impacts of climate change grow in strength and regularity.

In February, Christiana Figueres, executive secretary of the UN Framework Convention on Climate Change (UNFCCC), warned that unabated global warming could displace up to 1 billion people by 2050.

Displacement also leads to war – US military leaders recently described climate change as a “catalyst for conflict” while severe droughts have been blamed for the bloodshed in Syria.

Some disasters are already guaranteed, regardless of mitigation efforts. Recently, scientists found that the collapse of the West Antarctic ice sheet is now irreversible.

This means global sea levels will inevitably rise by up to 4 metres (13ft). Low-lying islands or coastal states, like the Marshall Islands and Bangladesh, are in the firing line.

“We have committed to the literal disappearance of entire nations under the rising oceans as well as the submersion of some of the coastal areas which constitute the world’s most densely-populated regions”, Trent added.

The EJF is asking the public to support their campaign to afford climate refugees status and aid through its postcards initiative, which encourages supporters to take a photo explaining what home means to them. Every image will be sent to the UN secretary-general Ban Ki-moon.

“We all have a part to play in ensuring that the victims of our collective failure to prevent climate change have adequate access to protection and assistance.”