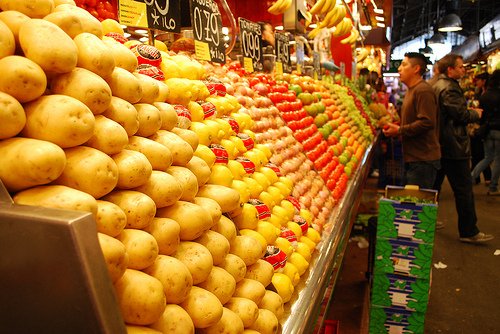 A new report has outlined how between 30-50% of food produced around the world annually “never reaches a human stomach”.

The study, by the Institution of Mechanical Engineers (IMechE), blames a variety of factors for the wastage, from inadequate storage infrastructure to strict appearance requirements.

The 30-50% figure equates to 1.2-2 billion tonnes of food, leading IMechE to call for strict and immediate action in order to curb unnecessary overproduction.

“The amount of food wasted and lost around the world is staggering”, said Dr Tim Fox, head of energy and environment.

“This is food that could be used to feed the world’s growing population – as well as those in hunger today.

“It is also an unnecessary waste of the land, water and energy resources that were used in the production, processing and distribution of this food.”

With global population expected to surpass 9 billion this century, the IMechE report says that “improving processes and infrastructure as well as changing consumer mindsets” are key in order to cut down food waste to a sustainable level.

A Department for Environment, Food and Rural Affairs (Defra) report last July by Social Change UK urged the food industry to put plans in place to adapt to the impacts of climate change – which includes restricting the amount businesses waste.

Author Tristram Stuart delves into the issue of food waste in a TED talk here, while waste management magazine, Materials Recycling Week, has compiled a handy rundown of opinions off Twitter, from individuals reacting to the IMechE report.