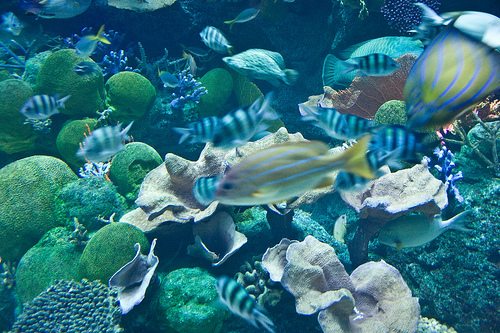 The ocean is a valuable resource, worth at least $24 trillion (£16tn), but is currently being neglected, according to a report from environmental campaign group WWF. The group calls for sustainability to be considered in order to protect the world’s oceans.

The report – Reviving the Ocean Economy: The case for action – 2015 – analyses the ocean’s economic worth and potential threats to its continued productivity. It places the value of key ocean assets, such as producing oxygen and food, at $24 trillion (£16tn). The report notes that if compared to the world’s top ten economies, the ocean would rank seventh with an annual value of good and services of $2.5 trillion (£1.7tn).

Arguing the case to protect the oceans, WWF says, “Neglecting this asset could in some ways be likened to not investing in a fund that yielded a 10% return.”

Two-thirds of the annual value of the ocean relies on healthy conditions to maintain its economic output, the report explains. Human activities, from mangrove deforestation to unsustainable fishing practices, are threatening the resource.

David Nussbaum, CEO of WWF-UK, said, “Our oceans are a climate regulator and carbon sink, supporting future global economic growth, as well as providing critical goods and services that underpin the well-being of billions of people. But rising temperatures and increased acidification put all this at risk.

“We should recognise the role our oceans play as an important business asset that requires sustainable management and investment.”

The report calls for three key actions to be taken this year, including embedding ocean recovery in the UN’s Sustainable Development Goals. As the leading causes of the ocean’s health failing, the report also calls for action on climate change, as well as making strong commitments to deliver coastal and marine protected areas.

Douglas Beal, partner and managing director at the Boston Consulting Group, added, “Being able to quantify both the annual and asset value of the world’s oceans shows us what’s at stake in hard numbers; economically and environmentally. We hope this serves as a call for business leaders and policymakers to make wiser, more calculated decisions when it comes to shaping the future of our collective ocean economy.”