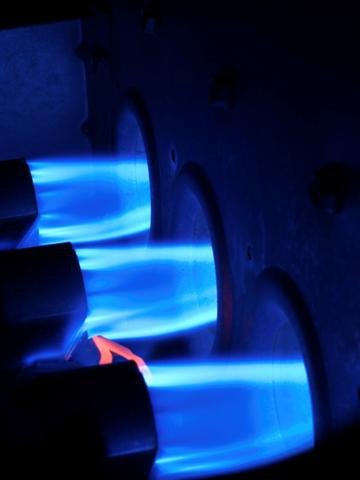 On Friday, the family justice bill will receive a second hearing. Chris Farrell writes about how it can help families out of fuel poverty and provide affordable heat for all.

Right on cue, the arrival of the autumn equinox saw temperatures drop across the country, prompting many of us to test our boilers for the first time in months. Nothing out of the ordinary, you might think.

But for some of the population, the cooler evenings may force a choice between food and warmth as they struggle to pay their heating bills. And given the escalating cost of fuel, this all too real issue of fuel poverty is predicted to deteriorate unless action is taken to make heating more affordable.

A recent consultation document from the Department of Energy and Climate Change (DECC) suggests some 8.1m households could be in fuel poverty by 2016 in the UK.*

In compliance with their core responsibilities to their constituents, MPs will be asked to address fuel poverty on Friday, October 26 when the family justice (transparency, accountability and cost of living) bill will receive its second hearing at the House of Commons.

A key proposal of this bill is “to require the promotion of measures to assist families and such other persons as may be specified to reduce the cost of living through lower fuel bills”.

John Hemming’s family justice bill is a great effort to put the family at the front of the political agenda, helping families out of fuel poverty, putting consumer interests first. But isn’t that where it should be anyway?

Passive flue gas heat recovery (PFGHR) is one such practical, sensible and affordable technology. Fitted above a boiler, this British invention captures the heat that condensing boilers lose through the flue outlet and uses it to help generate hot water for domestic use. This helps households become more energy efficient and brings typical annual savings of 37% of the energy required to deliver hot water, according to independent test results.

PFGHR devices are equally relevant where renewable heating technologies are concerned. The nation is moving towards low carbon heating with government targets and initiatives in place to support the uptake of renewable equipment. At present, most of these technologies are still dependent on condensing boilers for backup in times of peak demand.

With boilers responsible for such a large proportion of the country’s heating, it seems logical to introduce a minimum standard of efficiency on all boilers in order that households gain the maximum benefits from their heating.

PFGHR is already recognised in building regulations and the green deal for its energy saving benefits. So, why doesn’t the government make fitting these devices on all boilers compulsory from now on as part of its energy efficiency strategy?

Back in October 2010, Greg Barker MP agreed at our meeting that mandating the fitting of PFGHR devices on condensing boilers would cut fuel bills by £450m each year. Since then, energy prices have shot up 24%, are due to rise again, and still the government has failed to promote common sense energy efficiency measures that would have reduced consumer gas bills by over £900m.

Family justice should be at the heart of our society. John Hemming’s bill needs all the support we can give it. If we are to tackle fuel poverty head on, we all need to do our bit to help DECC get back on track before it’s too late.

One simple action would be to ask our local MPs to write to the energy minister to recommend introducing a minimum efficiency standard under the Renewable Heating Incentive that would require PFGHR to be included wherever a boiler is installed.

Why not do it today? In the words of the well-known retailer, “Every little helps”.

* This statistic is based on the current measure of fuel poverty which defines a household as fuel poor if it needs to spend more than 10% of its income on fuel to maintain an adequate level of warmth. DECC is currently looking to adopt proposals that would alter the definition of fuel poverty and reduce this figure by five million households.