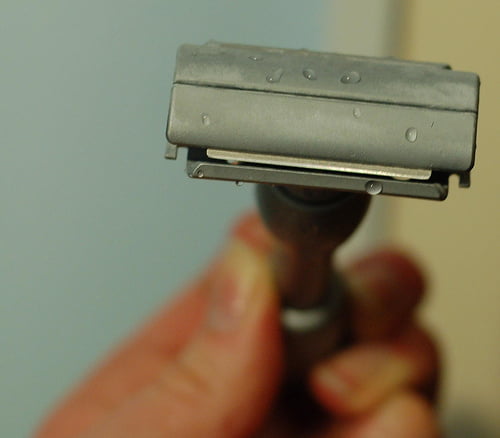 You may remember Victor Kiam, the US entrepreneur of television fame who “liked the product so much he bought the company”.

In fact, he bought the Remington Shaver Company out of collapse and turned what was a $30m dollar loss into a $47m profit. Now, isn’t that what our chancellor is currently trying to do? Turn a huge loss into a profit? But Victor’s motto was somewhat different to our government’s: blood, sweat and a 50% bonus if you win.

What we are getting from our government is a soft, overcomplicated and frankly ineffective approach to energy policy and the wider economy.

I guess you’ve all heard the expression, ‘the simplest strategy is usually the best’. This is an idea which has its roots as far back as Aristotle and has been applied to all manner of human endeavour for centuries, including developing the scientific method, politics, religion and business.

I would encourage you to read more about Occam’s razor and the KISS principle of design for some good examples of this approach.

However, this approach seems to be distinctly lacking in our government and public sector. Our current energy policy is a mess of overcomplicated, EU imposed regulations that stifle innovations in the energy efficiency sector, ignoring simple approaches that could actually help the UK, whilst promoting a carbon savings policy that only really benefits the energy companies and the sales of less than efficient consumer energy products.

Head of BusinessEurope Markus Beyrer recently said that the EU “doesn’t have an energy policy. It has a climate policy”. This is something I wholeheartedly agree with, and it seems that the longer the EU (and therefore the UK) continues with this approach, the further behind the US we will slide.

Our current energy policy is a mess of overcomplicated, EU imposed regulations that stifle innovations in the energy efficiency sector, ignoring simple approaches that could actually help the UK

The simplest answer is usually true, and this applies to our energy policy. We do not need to promote costly, complex policies and technologies, as we are currently doing with our renewables-centric, carbon saving policy.

Instead, we should look to simple, proven strategies such as improving energy efficiency of our current infrastructure, and reducing our energy usage. There is a tendency for societies and even humanity at large to seek out complex, flashy answers to problems, to be seen as a success and making progress, when the boring, simple or even ugly solution is actually the best option.

Going back to the Occam’s razor principle, I like to think that Victor Kaim’s success represents a more modern approach to the razor: “the closest shave you can get, or your money back”.

So what is Victor’s razor? Well, you can think of it as the nearest statement to truth that can be pared down to its absolute minimum, and what Professor Robert Winston calls ‘tat for tit’; that is, how we can better separate fiction from fact.

So often in our society, subjective conclusions, for example, what the government might want us to believe, are presented as objective truth, especially when collectively it suits those in charge to accept it as such.

Take DECC’s recent announcement as an example. It has stated that green policies will put bills up £280 in the short term, but bring them down by £450 in 2020. To me this seems like a self-congratulatory statement – one which they cannot claim with any certainty and which goes against the reality that rising energy bills are linked primarily to our failing climate policy, rather than global gas prices. Others agree.

From a human perspective, empirical objectivity is always applied subjectively. As in Heisenberg’s principle of uncertainty, we can choose to know what we know only to a degree of certainty, and there is always a balance to be struck.

As I described earlier, humans often take the optimistic view, especially when it comes to wanting to ‘cross the bridge’ and appear a success. Subjectivity enables us to present the multi-faceted dimensions required of objective problem-solving into a single dimension so as to help us come to a conclusion. This is what Victor’s razor really is: the ability to reduce uncertainty, the subjective application of objectivity.

Personally, when I hear the government tell us how well we’re meeting this target or the next, I can only ask myself, “What do they really know?”

When putting our current climate change policies to the measure of this Victor’s razor principle, it may surprise you to find the extent of the distortions applied through subjective meddling.

Our current policy focuses our attention not on the matter of reducing the impact of climate change through reduced energy consumption but rather ‘carbon savings’ that are deemed through the sale of products. Money lies at the heart of our purchase led economy and its influence is often used to present the subjective as an objective truth as in the case of short-term political will.

Given that there is a total lack of objectivity in climate change policies, and the political establishment is locked in a spiral of subjective policies that are designed to fool, rather than fix, then I think it’s about time we got out Victor’s razor and gave the UK the close shave it needs.