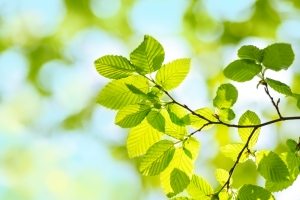 Are climate changes of a few degrees a cause for concern?

Global warming of just a few degrees can cause widespread changes across the globe, state the Royal Society, demonstrating why climate action is so important and needed urgently.

Are climate changes of a few degrees a cause for concern?

Yes. Even though an increase of a few degrees in global average temperature does not sound like much, global average temperature during the last ice age was only about 4 to 5 C colder than now. Global warming of just a few degrees will be associated with widespread changes in regional and local temperature and precipitation as well as with increases in some types of extreme weather events. These and other changes (such as sea level rise and storm surge) will have serious impacts on human societies and the natural world.

Both theory and direct observations have confirmed that global warming is associated with greater warming over land than oceans, moistening of the atmosphere, shifts in regional precipitation patterns and increases in extreme weather events, ocean acidification, melting glaciers, and rising sea levels (which increases the risk of coastal inundation and storm surge). Already, record high temperatures are on average significantly outpacing record low temperatures, wet areas are becoming wetter as dry areas are becoming drier, heavy rainstorms have become heavier, and snowpacks (an important source of freshwater for many regions) are decreasing.

These impacts are expected to increase with greater warming and will threaten food production, freshwater supplies, coastal infrastructure, and especially the welfare of the huge population currently living in low-lying areas. Even though certain regions may realise some local benefit from the warming, the long-term consequences overall will be disruptive.