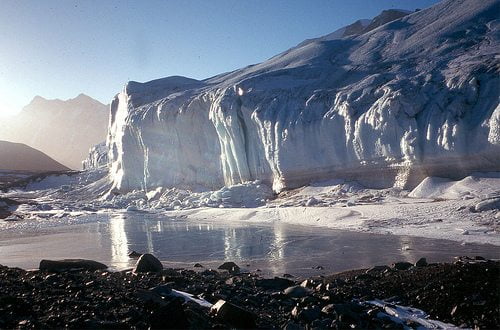 Are disaster scenarios about tipping points like ‘turning off the Gulf Stream’ and release of methane from the Arctic a cause for concern?

Climate models do not predict abrupt changes but the longer it takes for decisive climate action to happen the likelihood of such events increases, according to a guide produced by the Royal Society.

Are disaster scenarios about tipping points like ‘turning off the Gulf Stream’ and release of methane from the Arctic a cause for concern?

Results from the best available climate models do not predict abrupt changes in such systems (often referred to as tipping points) in the near future. However, as warming increases, the possibilities of major abrupt change cannot be ruled out.

The composition of the atmosphere is changing towards conditions that have not been experienced for millions of years, so we are headed for unknown territory, and uncertainty is large. The climate system involves many competing processes that could switch the climate into a different state once a threshold has been exceeded.

A well-known example is the south-north ocean overturning circulation, which is maintained by cold salty water sinking in the North Atlantic and which involves the transport of extra heat to the North Atlantic via the Gulf Stream. During the last ice age, pulses of freshwater from the ice sheet over North America led to slowing down of this overturning circulation and to widespread changes in climate around the Northern Hemisphere. Freshening of the North Atlantic from the melting of the Greenland ice sheet is however, much less intense and hence is not expected to cause abrupt changes. As another example, Arctic warming could destabilise methane (a greenhouse gas) trapped in ocean sediments and permafrost, potentially leading to a rapid release of a large amount of methane. If such a rapid release occurred, then major, fast climate changes would ensue.

Such high-risk changes are considered unlikely in this century, but are by definition hard to predict. Scientists are therefore continuing to study the possibility of such tipping points beyond which we risk large and abrupt changes.